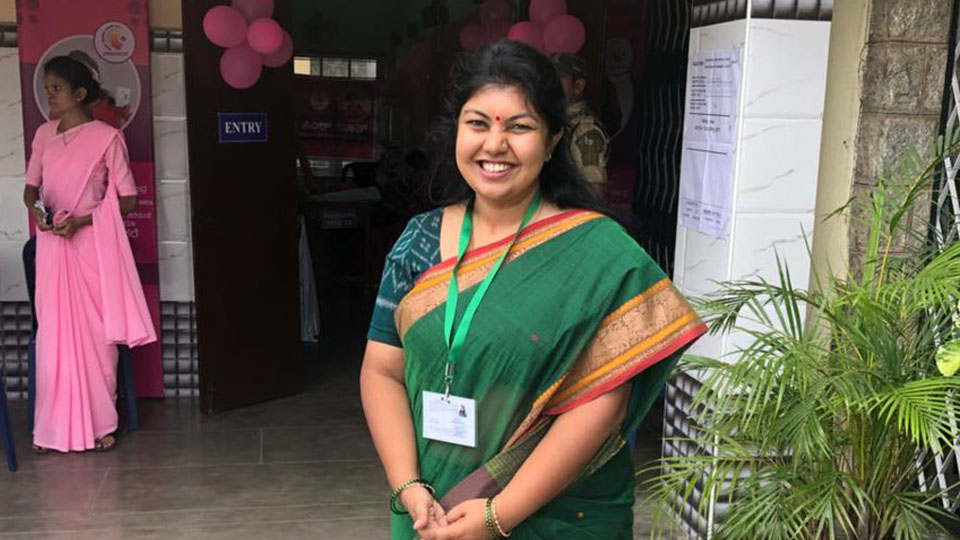 Bengaluru: Congress snatched Jayanagar seat in Karnataka Assembly from the Bharatiya Janata Party (BJP) when its candidate Sowmya Reddy was declared elected defeating B.N. Prahlad Babu  by a margin of 2,887 votes this morning.

The counting of votes began at 8 am today and Sowmya had maintained the lead (though narrow) from the initial round.

Sowmya Reddy, daughter of former Home Minister R. Ramalinga Reddy of the Congress had polled 54,458 votes as against 51,571 votes secured by Prahalad.

The election to Jayanagar was countermanded during the May 12 Assembly elections following the demise of BJP candidate B.N. Vijayakumar. BJP in an attempt to gain sympathy vote had fielded his brother Prahalad despite some protest from local Corporators belonging to the BJP.

JD(S) nominee Kalegowda had retired from contesting in favour of the Congress candidate following the formation of the JD(S)-Congress coalition government in Karnataka.

With this win, the Congress strength has gone up to 79 in the  Assembly.