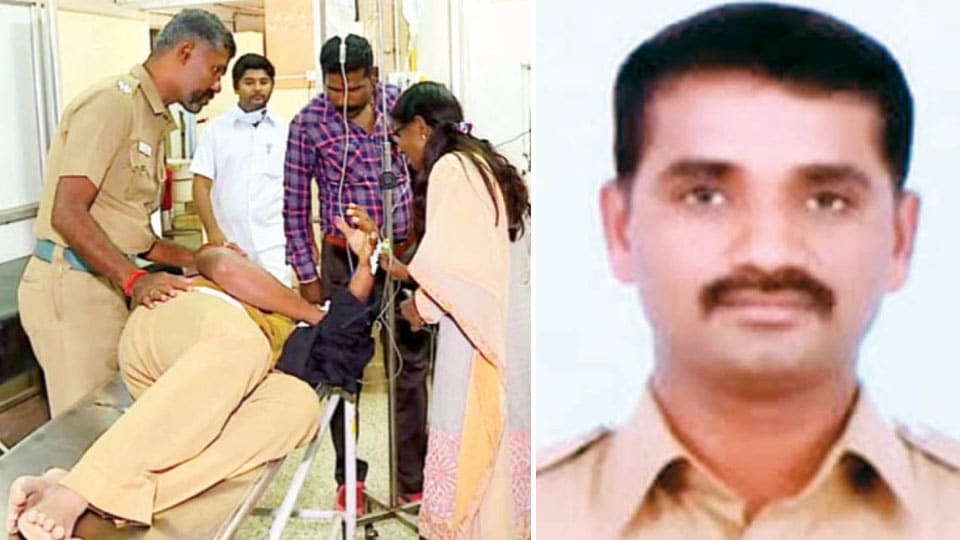 Chamarajanagar: A Police Head Constable attached to Erode District Armed Reserve was injured on his stomach, when a gun accidentally fired during weapons inspection on Wednesday.

The injured Head Constable is 40-year-old Prem Kumar, who is undergoing treatment at K.R. Hospital in Mysuru.

The Forest staff immediately rushed Prem Kumar to the District Hospital in Chamarajanagar where he was provided first-aid and was later rushed to K.R. Hospital in Mysuiru where he is undergoing treatment.