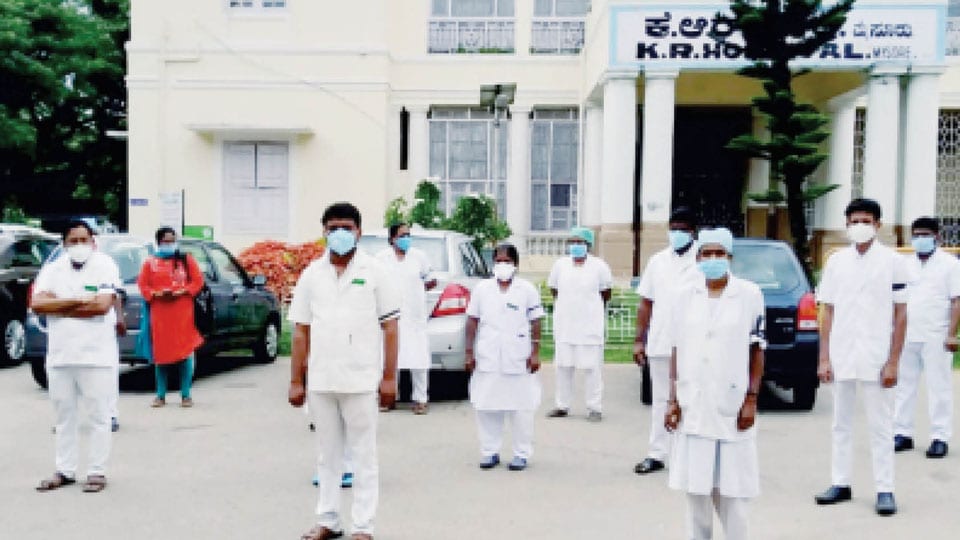 Over 150 Contract Staff  Nurses serving in these two State-run Hospitals are on protest since July 9, seeking  fulfilment of their various demands, which chiefly included a hike in monthly wages and timely distribution of safety kits to all of them in the wake of COVID.

Arguing that their demands are just, they said that they are deputed for COVID-19 duty and the absence of safety kits poses a serious health risk for them.

Claiming  that despite several representations, the Government is yet to consider their demands, they said they have launched the indefinite protest  by wearing black bands to draw the attention of the Government to their plight.