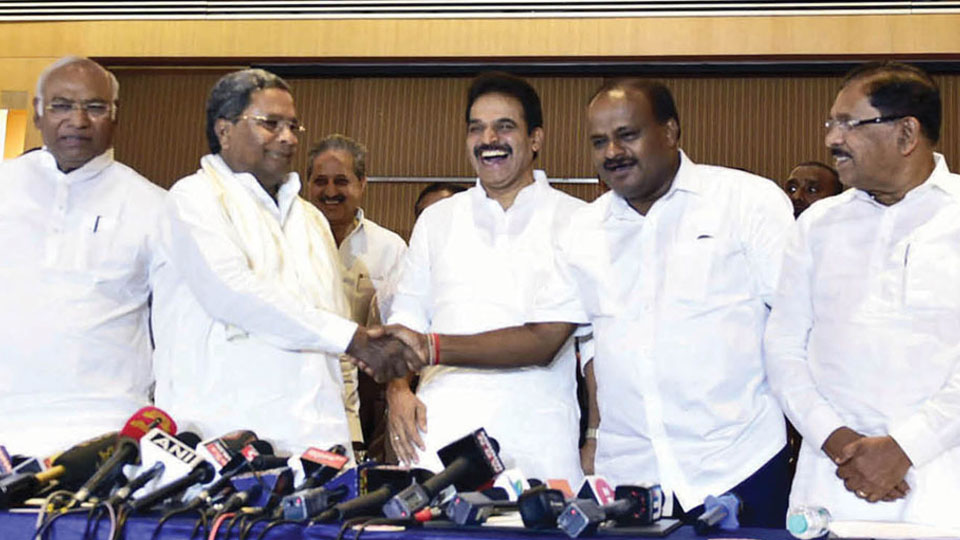 Bengaluru: The issue of farm loan waiver, whose modalities are yet to be worked out, is likely to figure in the first coordination committee meeting of the Janata Dal (Secular)-Congress coalition government likely to be held next week.

Sources said that the meeting, besides loan waiver, will also hold discussion on common minimum programme to be implemented by the coalition government. “Discussion will also be held on how to take the schemes of the Congress government ahead and on funding for them. Agenda will be set in a day or two,” sources said.

However, another source said that though the committee meeting is slated for Thursday, it is not yet confirmed as members are busy with pre scheduled meetings on the same day.