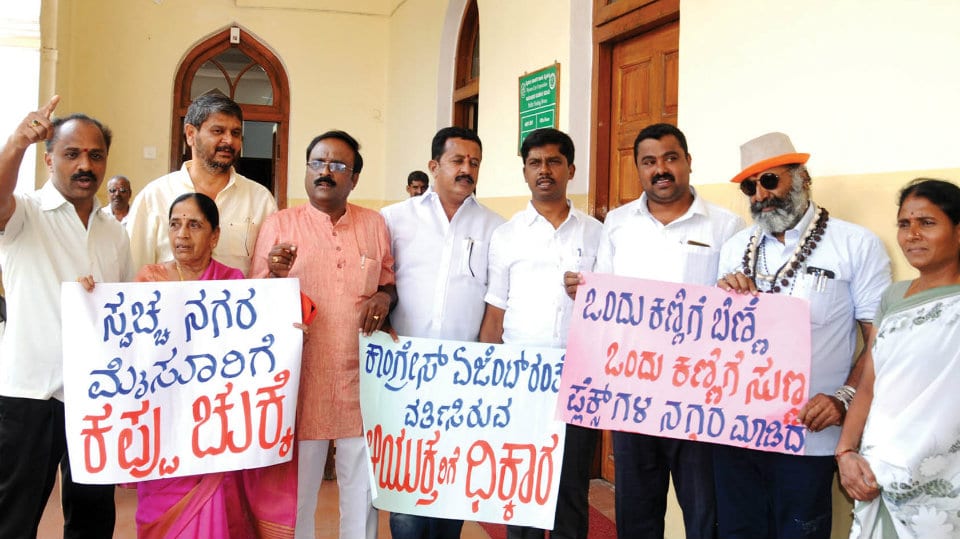 A group of Corporators staged a protest at the Mysuru City Corporation (MCC) office yesterday against the inaction of the MCC against thousands of flex and banners that were erected for the Janashirvad Yatra of Congress party held on Mar.25. They said that despite ban on flex, buntings and banners, the Congress party had erected flex banners all over the city marring the beauty of the heritage city. They alleged that the MCC was not deliberately taking action against the Congress as it is ruling the State. Corporators M.K. Shankar, Mahadevamma, Shivakumar, B.V. Manjunath, Balasubramanya (Snake Shyam), Rathna Lakshman, Jagadish and M.V. Ramprasad were present.