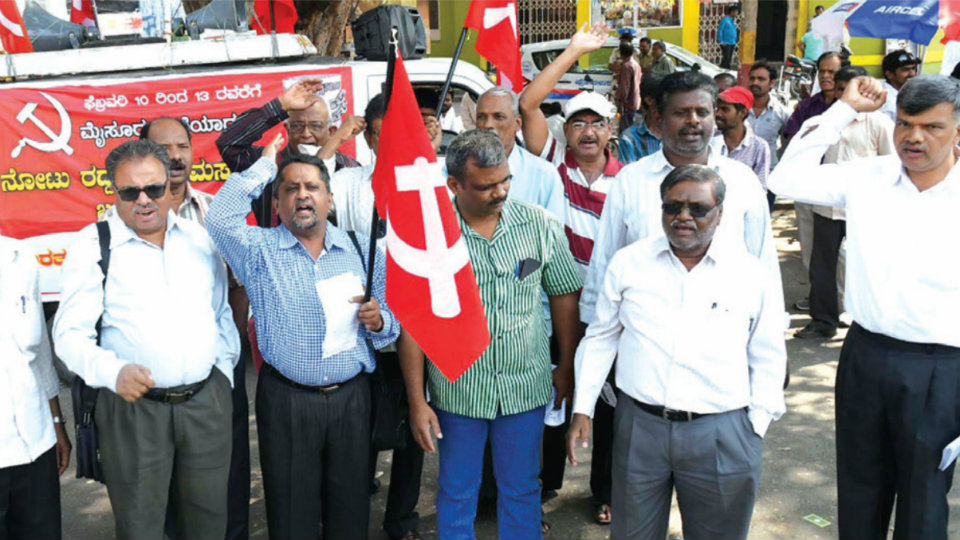 Claiming that the demonetisation of high currency notes announced by Prime Minister Narendra Modi on Nov.8 has created a lot of problems for the common man and the farming community, the CPI(M) Mysuru District Committee launched a 4-day awareness campaign on the ill-effects of demonetisation listed by the party, recently in city.

CPI(M) District Secretary flagged off the awareness campaign vehicle near Padma Talkies in Agrahara. The vehicle will pass through all the 7 taluks of the district over 4 days, spreading public awareness on the ill-effects of demonetisation and to press the Union Government for fulfilment of a 10-point charter of demands which include removal of cap on money withdrawal in banks, waiver of farm loans, tax exemption to small and micro traders, an end to forcible implementation of digital transactions and ration supplies to all card holders, among other things.