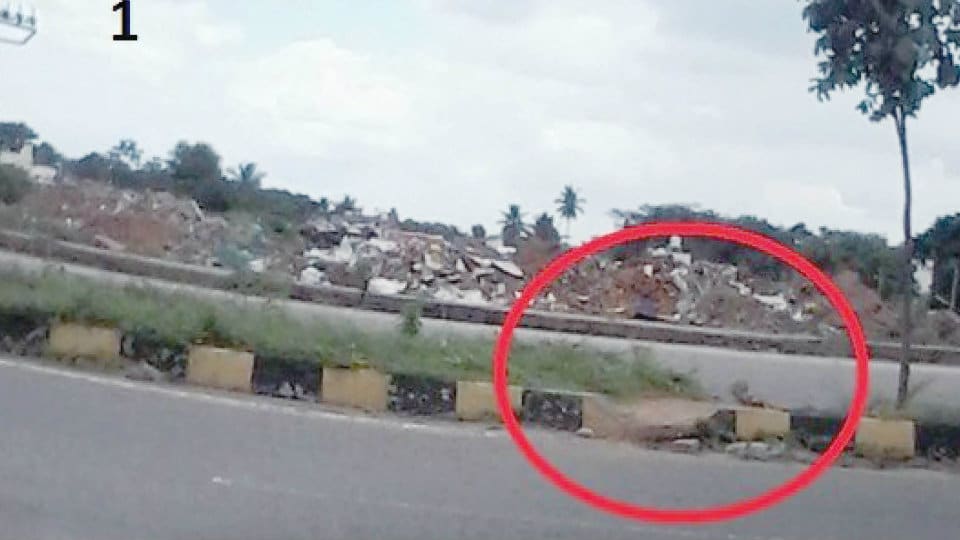 Crossing over the median is against road safety

Medians on the road are meant for road safety and it facilitate easy movement of vehicles. It restricts the drivers not to go on to wrong side of the road. However, it is noticed recently that some people have damaged the median at two places on the Ring Road — one between Bogadi Cross and Rajarajeshwari Nagar Cross (see pic.1) and another between Vijayanagar 4th Stage Cross and Hinkal Cross (pic.2) to facilitate movement of two-wheelers from one side to other, as a short cut to avoid going to the end of the median and take a U-turn.

Many two-wheeler riders, including senior citizens, were seen crossing the median through these openings. They should remember that such an action may cut short their lives while doing so.

Presence of bushes blocks the visibility of such vehicles and it may lead to accidents as vehicles on extreme right side, especially on the Ring Road, might be moving faster thinking that there are no vehicles to cross the road till the gap in the median.

Sudden appearance of two- wheelers across the road may create panic in drivers of other vehicles which are very close to such places. In such a condition, if they press the accelerator instead of applying breaks, accident is sure to happen. Violating two-wheeler riders are taking risk for themselves and posing danger to other road users. Such violations may force the authorities to replace the median with high rise concrete wall or blocks.