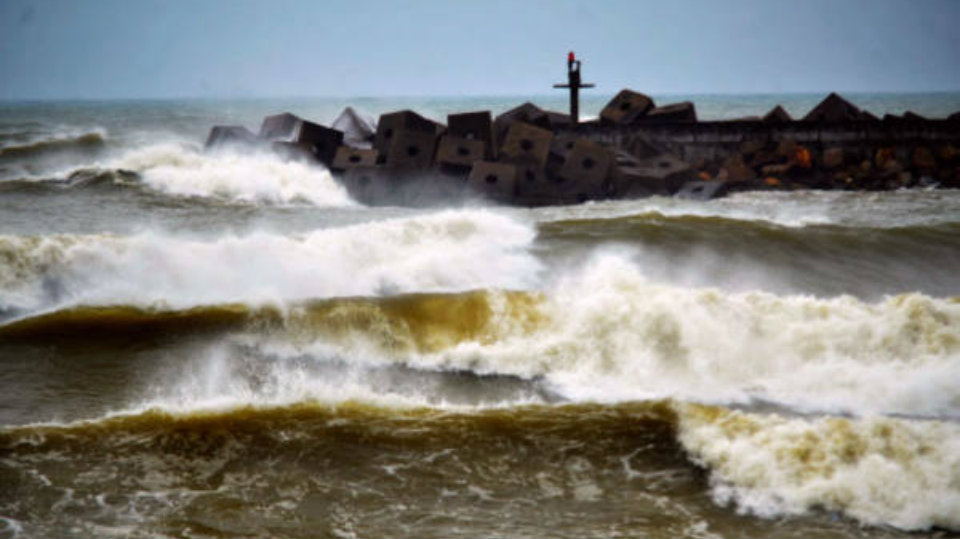 Cyclone Fani made landfall in Odisha yesterday. She has been the strongest cyclone storm in 20 years to hit the country. While it is unfortunate that eight people lost their lives we must appreciate both the State Government of Odisha and the Central Government for learning  lessons from what happened 20 years ago when over 10,000 people died as cyclone 05B hit Odisha.

India is very often hit by cyclones. Nearly 10% of world’s tropical cyclones hit the Indian Sub-Continent but it is expected. After all, mainland India itself has 5,400 kilometres of coastline surrounded by Arabian Sea, Bay of Bengal and the Indian Ocean.

If one includes Laskshadweep and Andaman, it is 7,516 kilometres of coastline and so we are battered often. By the way, we are ranked 16th among nations with the longest coastline. But over the years, especially in Odisha, the death toll has significantly reduced and credit must go to the Naveen Patnaik Government.

After the weather-induced massacre of 1999, the Odisha Government swiftly decided to invest in cyclone mitigation projects costing nearly $225 million. They built efficient evacuation shelters and conducted diligent  disaster drills. More importantly ,they learnt to take the Central Government into confidence to deploy the disaster management force in mass evacuation. And the result?

After 1999 there has been one severe cyclone named Phailin in 2013. The casualty was just 38. Now with Fani, it is a mere 8. From five digit they have come to one digit casualty, so the Odisha Government has learnt to manage disasters effectively.

On the other hand, Mumbai and Bengaluru, two important economic hubs of the country continue to drown every time it rains. Wonder what our State Government would do if we had cyclones?

The very fact that despite the warning that in the  coming monsoon Kodagu may face disasters like last year has not moved our politicians to take swift action proves their lack of empathy. Instead they are busy with Lok Sabha elections and preparing for the coming Urban Local Bodies election. We wonder if they would be so nonchalant if Kodagu was a JD(S) or Congress vote-bank.

Now, speaking of Fani one surely would wonder how are cyclones named. Fani in certain English- speaking countries means ‘bum’, but this Fani means ‘Snake Hood,’ it is a Thai word. This makes one wonder why a storm that is affecting India is given a Thai name.

It turns out, the Indian Ocean region comprising eight countries — Bangladesh, India, Maldives, Myanmar, Oman, Pakistan, Sri Lanka and Thailand — all contribute a set of names which are assigned sequentially whenever a cyclonic storm develops.  So 64 names have been given. In this list, first was given by Bangladesh which was Onil. So far 57 names have been utilised since 2004. The next one is going to be Vayu, a name given by India.

Earlier, for a brief period, especially in the US, most names were female. In fact, when I lived in Texas, USA, in 2005, that country was hit by two hurricanes — one was Katrina which was devastating and the other was called Rita. When I asked my American colleague why hurricanes were named after women, he made a sexist divorce joke saying, “Because, like women when they first come they’re wild and wet, but when they leave they take your house and car with them.”

Sexist jokes apart, naming cyclones, hurricanes and tornadoes were indeed sexist.  According to a report, the United States in the early 1950s decided on a system that only used female names. Soon weathermen started using sexist clichés to describe the storms such as “ She is a feisty,” or  “She is flirting with the coastline.” As many objected to this,  men’s names were introduced in 1979 and they alternate with the women’s names now.

It also got political when one Black Congress woman from Texas complained that all the names were very ‘White’ and demanded inclusion of names  from other racial groups. Now an international committee of the World Meteorological Organisation maintains the names.

For now we are glad Odisha Government protected its citizens and we pray to Mother Nature not to be as harsh to Kodagu as she was last year because our State Government is not prepared to protect Kodagu.

P.S.: If you want to submit a cyclone name, after all we have only 6 names left, you can submit it to the Director-General of India Meteorological Department (IMD). Just make sure the name is short, readily understood when broadcast and is culturally sensitive.

May be from Karnataka, we can submit ‘Nikhil.’ Because it will bring a smile on the weatherman’s face when he asks the most popular question in Karnataka, “Nikhil, Yellidiyappa…” as he searches for the epicentre of the cyclone !