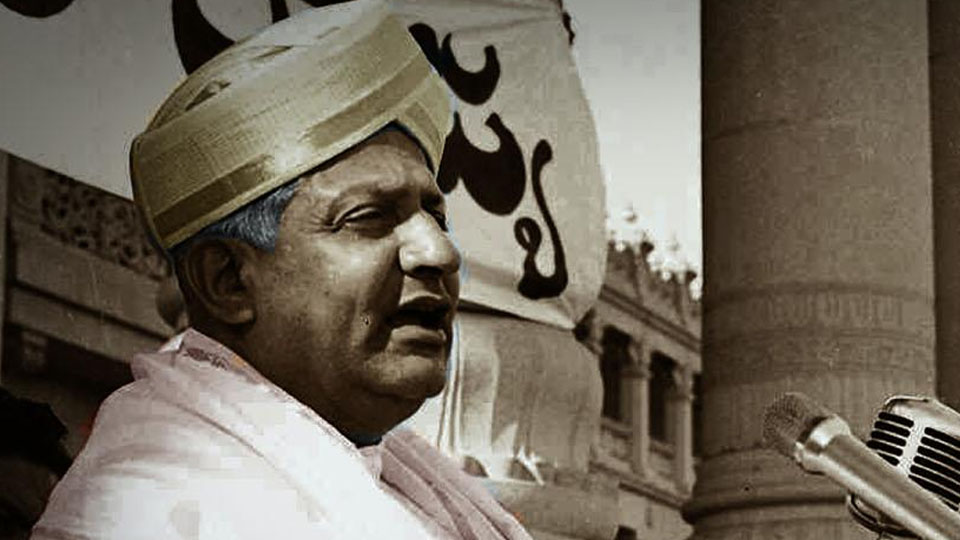 Mysuru:  There are very few Chief Ministers like D. Devaraja Urs. No one has been able to give the administration like him so far, said Dr. D. Thimmaiah, former Director, Health and Family Welfare Department.

He was speaking at the 36th death anniversary of D. Devaraja Urs organised by Urasu Jagriti Academy at the District Kannada Sahitya Parishat premises here yesterday and said that Urs would always say that the Dalits, Minorities and the poor belonged to his caste. However, today caste politics play a dominant role and it should go. People’s leaders like Devaraja Urs are the need of the hour, he added.