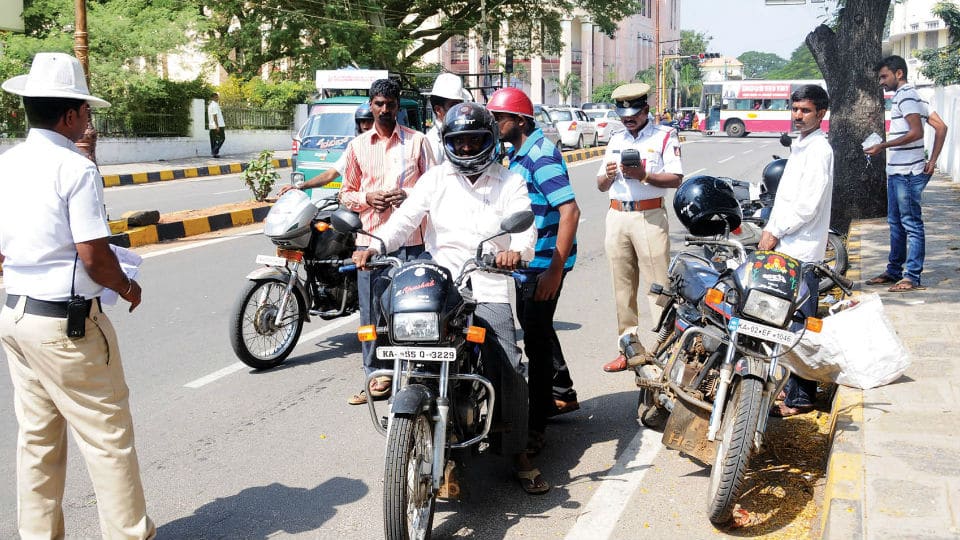 The City Police have been conducting similar drives on every Mondays.

It may be recalled that the City Traffic Police had also launched a drive to seize and destroy unsafe and duplicate helmets that are being sold on the roadsides.