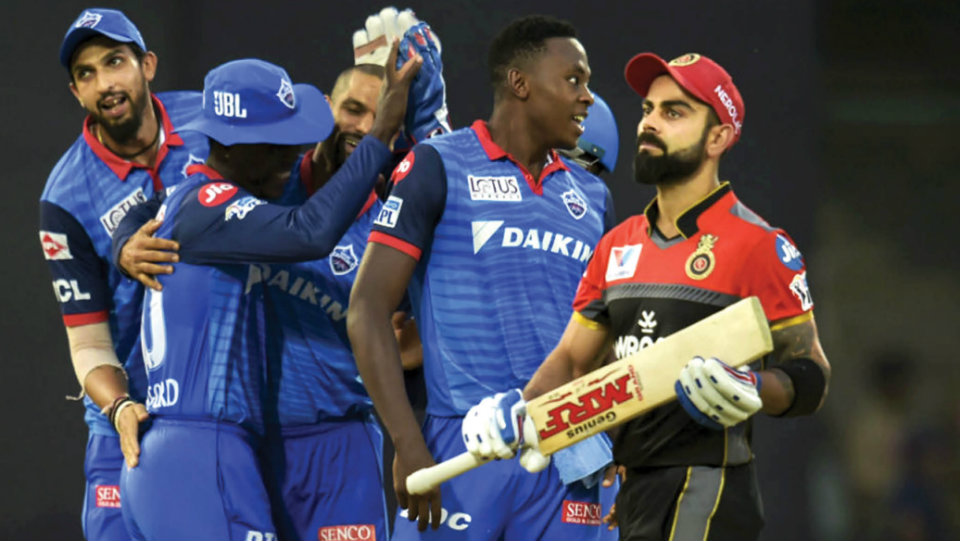 With this result, DC have climbed to the top of the IPL Points Table for now. For RCB, this defeat spells the end of their chances of completing a fairy tale late-season charge for the top four spots.

Batting first, DC had put up a score of 187/5 in their 20 overs. Winning the toss, DC skipper Shreyas Iyer had opted to bat first. Prithvi Shaw (18 off 10 balls) started off on a positive note but was then dismissed by Umesh Yadav.

Shreyas Iyer (52 off 37 balls) and Shikhar Dhawan (50 off 37 balls) then came together to put on a stable partnership, both eventually bringing up their respective fifties.

RCB were struggling to find a breakthrough, until Yuzvendra Chahal decided to have his say. He got Dhawan out by producing a thick top edge off his bat. Soon, he also got Shreyas Iyer to hole out in the deep.

However, just as it looked like RCB would limit DC to a modest total, there was a last-minute carnage unleashed by Sherfane Rutherford (28* off 13 balls) to take the score beyond 180.

The middle-order batsmen Evin Lewis (15), Suryakumar Yadav (26) and Kieron Pollard (20), all failed to score big as MI were staring down the barrel at 121/5 in 13.2 overs. But a brilliant 91 off 34 balls by Hardik Pandya gave MI an outside chance. The all-rounder’s innings included 6 fours and 9 massive sixes. Following his dismissal, MI were restricted to 198/7 in 20 overs.

With this win, KKR broke their 8-match losing streak against the Rohit Sharma-led side.