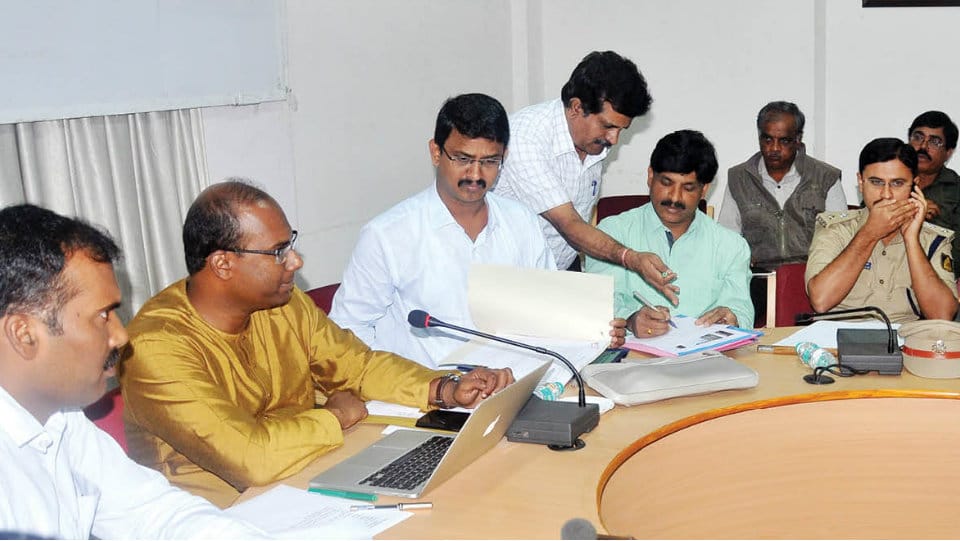 Mysuru: Deputy Commissioner D. Randeep held a meeting with district level officials ahead of this year’s Dasara festival at his office, this morning. The officials discussed about Dasara works taken up by MCC, PWD and MUDA during 2016 and the works to be taken up this year. DC Randeep instructed the MCC to complete the pending works by Aug. 31.

They also held a discussion on the matters to be discussed during the High Power Committee meeting scheduled in Bengaluru on July 24. This apart, the officials also discussed on permanent logo for Dasara, Gajapayana, Publicity through Information and  Tourism departments, seating arrangements at Torchlight Parade Grounds, organising laser show at Bannimantap, wall painting depicting the culture of Mysuru and Dasara, organising Open Street Festival on D. Devaraja Urs Road and shifting of this year’s World Tourism Day to Mysuru from Bengaluru.