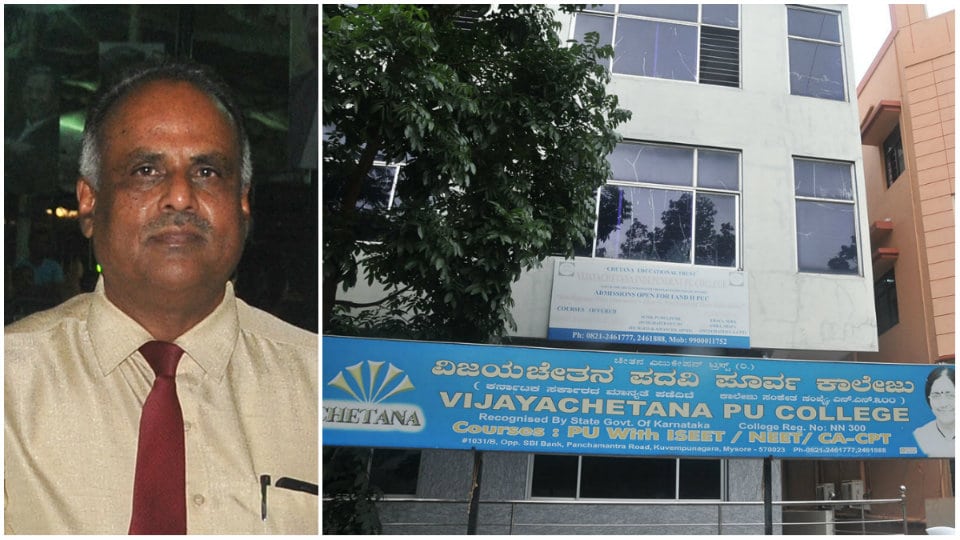 Mysuru: Deputy Director of Pre-University Education (DDPUE), Jayaprakash who was trapped   and suspended recently along with this official car driver Prakash, by ACB sleuths while accepting Rs. 25,000 bribe from Vijayachetana Composite PU College in city for renewal of recognition has been granted bail by a city Court on Thursday.

Jayaprakash’s car driver Prakash too has been granted bail by the Court, it is learnt.

Jayaprakash was caught red handed by the ACB sleuths while accepting Rs. 25,000 bribe on Monday.

Following their arrest, Jayaprakash and his driver Prakash were remanded to judicial custody.