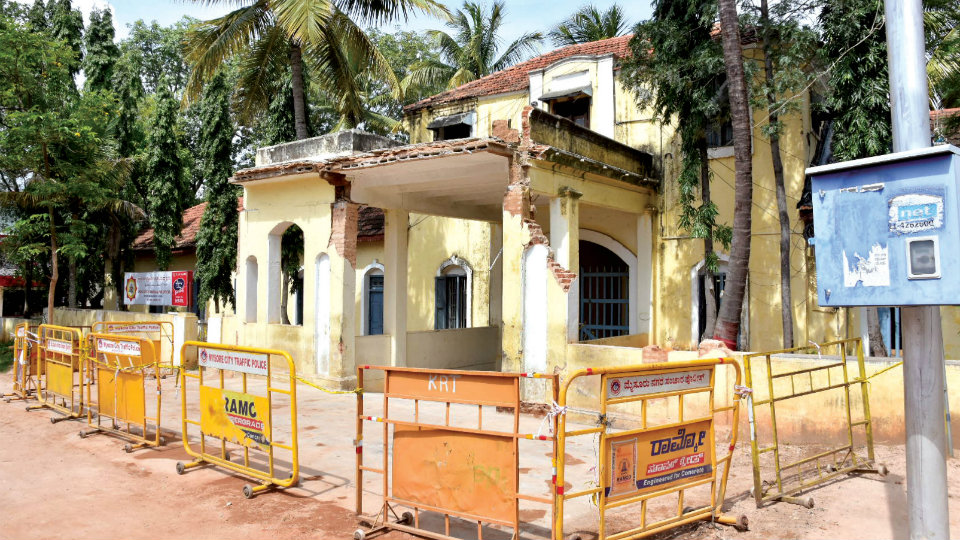 Mysuru, Aug.30 (MK&NNN)- The debris that had gathered following the collapse of a portion of the portico of the heritage building of the Saraswathipuram Fire Brigade Station on Aug. 9, was finally cleared on Wednesday evening.

In the light of the report in Star of Mysore dated Aug. 26 that even though the portico had collapsed more than 16 days ago, the debris was lying unattended, the Mysuru City Corporation (MCC) finally responded and got the debris cleared yesterday.

The front portion of the entrance of the Fire Brigade is now clean and completely barricaded.