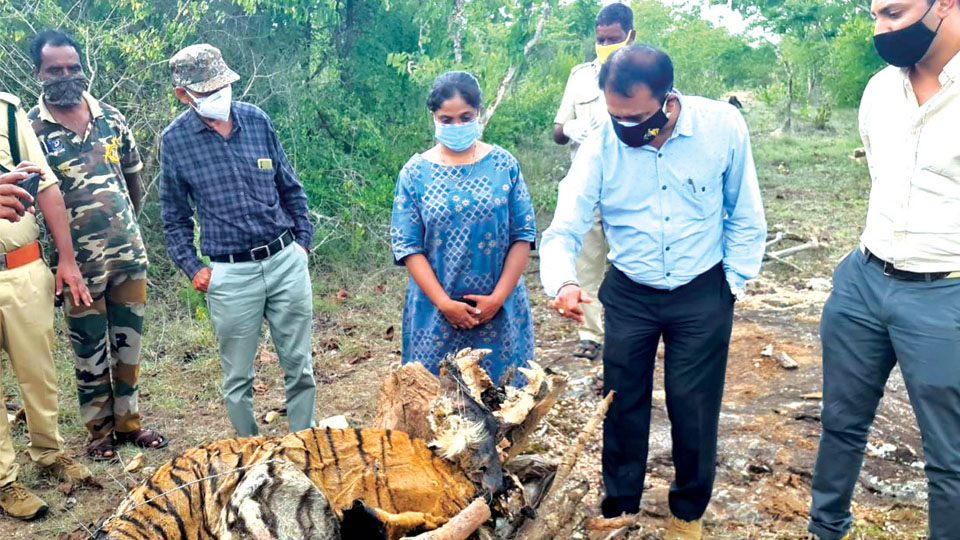 Gundlupet: A carcass of a tiger in a decomposed state was found in Hongalli Forest area of Maddur Forest Range in Bandipur Reserve Forest yesterday.

The tiger was said to be between 10 and 11 years old and suspected to have died about four to five days ago as birds and maggots had eaten away the flesh.

All the teeth and claws of the dead tiger were found intact, no wounds found on the body and there were no traces of poisoning. The teeth were worn out and the tiger is said to have died due to natural causes. Post-mortem was conducted and the carcass was cremated in front of the officials. The exact cause for the death would be known only after receiving the report.