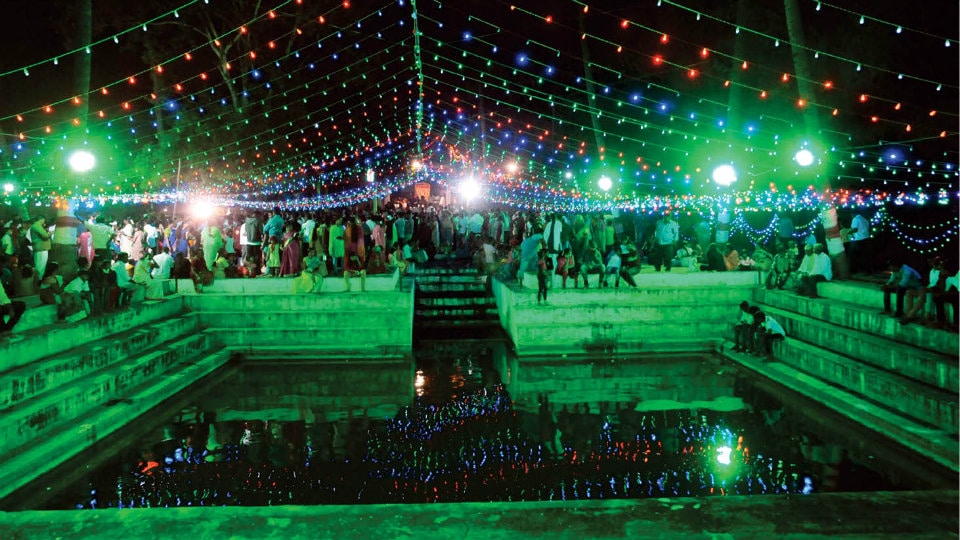 Mysuru:  The car festival was organised as part of Deepavali at Kumbarakoppal in city yesterday. The celebrations which began on Wednesday concluded this morning.

Special pujas were performed to the deity after cleaning at Thippaji Kola on KRS Road. Devotees pulled the chariot that carried the utsavamurthy sitting on tiger posture. As many as 800 women offered ‘harake’ to Malemahadeshwara by performing cheek piercing ritual. A large number of people across the city took part in the celebrations.

Later, they took out a procession on main streets of Kumbarakoppal yesterday night and culminated this morning. Participation of folk troupes such as Veeraghase, Kamsale, Puja Kunitha was the main attraction. The procession route was decorated with colourful rangolis and with illumination. Fire walk and other rituals were performed this morning. Mass feeding was organised by the management of Temple Committee today.

Residents of Kumbarakoppal celebrated by bursting fire crackers and offering special pujas to Malemahadeshwara. State-level wrestling and kabaddi competition, exhibition of portraits describing the life and history of Malemahadeshwara was also held on the occasion.