Home » News » Defiant Eshwarappa to go ahead with Rayanna meets 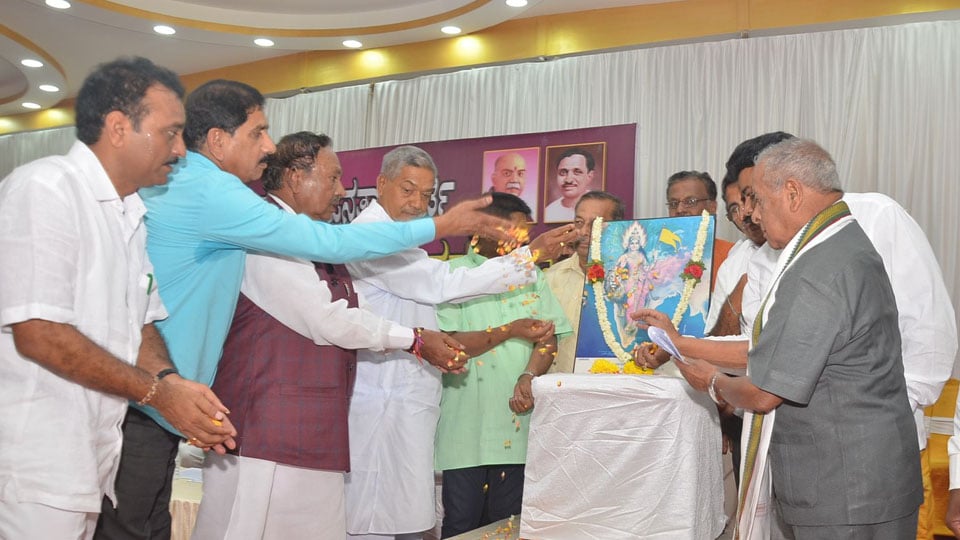 Defiant Eshwarappa to go ahead with Rayanna meets

Raichur: In open defiance of the BJP central leadership, Leader of Opposition in Legislative Council K.S. Eshwarappa yesterday said that he would go ahead with the Sangolli Rayanna Brigade’s Convention on May 7 or 8 in Raichur.

His statement assumed significance in the wake of State BJP in-charge P. Muralidhar Rao, after holding parleys with some State leaders last week, said: “The central leadership is clear that the party will not tolerate a parallel forum by any name, brigade, or otherwise.”

Earlier in the day, Eshwarappa visited Sri Raghavendra Swamy Mutt in Mantralaya of Andhra Pradesh, and told reporters that he would personally oversee the arrangements being made for the convention. “During a meeting in New Delhi on January 27, BJP President Amit Shah had instructed me to continue with the Rayanna Brigade activities. Shah had directed State BJP President B.S. Yeddyurappa to hold a meeting to resolve differences over appointment of District Unit Presidents and other office-bearers. But Yeddyurappa had not followed it,” he said.

Meanwhile, Yeddyurappa said he was exercising self-restraint against commenting on Eshwarappa or the Rayanna Brigade. Speaking to reporters at Kalaburagi, he added that BJP National General Secretary and Karnataka in-Charge Muralidhar Rao, who had collected the opinions of several party leaders regarding the developments, had brought the matter to Shah’s notice.