Mysuru: “Instead of demonetisation, the Narendra Modi Government was suggested e-monetisation that will lead to digital transformation where cash will flow into the system,” said Anil Bokil, Founder of ArthaKranti Pratishthan, the Pune-based think-tank.

Bokil has been working for and propagating cashless transactions for the past 20 years and had met Narendra Modi when he was the Chief Minister of Gujarat and had spoken to him on demonetisation. He came to limelight after Modi announced demonetisation policy on November 8, 2016. The idea of demonetisation is widely believed to be Bokil’s brainchild.

Bokil was in the city yesterday to deliver a talk on “Demonetisation – A boost to Indian Economy” that was organised by Namma Mysuru Foundation, Confederation of Indian Industries (CII) and ArthaKranti Pratishthan at Rotary Hall on KRS Road here. 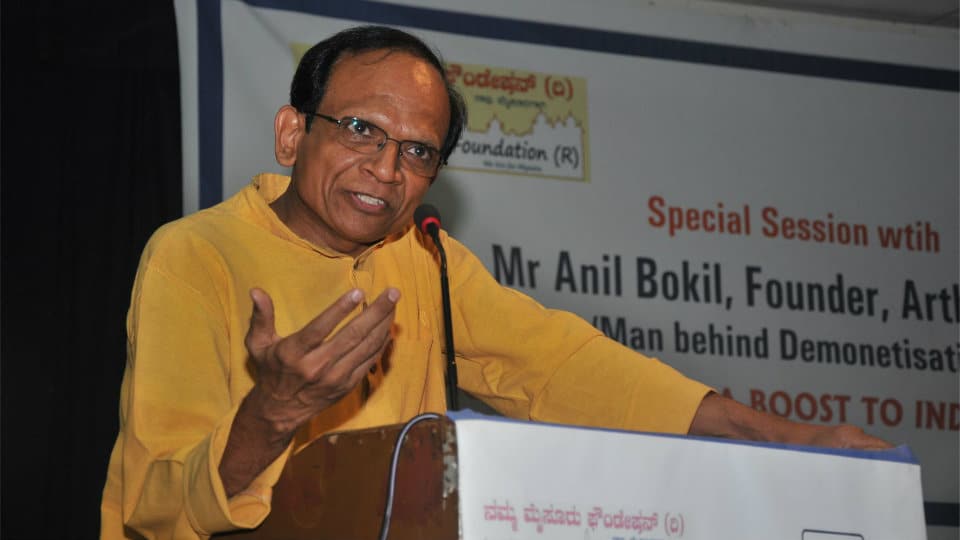 The 55-year-old mechanical engineer has been an employee, employer, entrepreneur, economic theorist, and activist. He is happy that Prime Minister Narendra Modi has set in motion one of the big ideas that ArthaKranti Pratishthan has proposed.

“Demonetisation was a much-needed move,” he said and added that the main intention of note ban is to flush out black money, stop the menace of fake notes and to bring in transparency.

“Indian economy had excess cash and most of that cash was unaccounted-for money. This extra cash in the economy was of no help to either the Government or the people. Demonetisation is an effective decision because it has reduced black money from the cash in circulation. Demonetisation is what you call a dynamic balancing of an economy,” he explained. 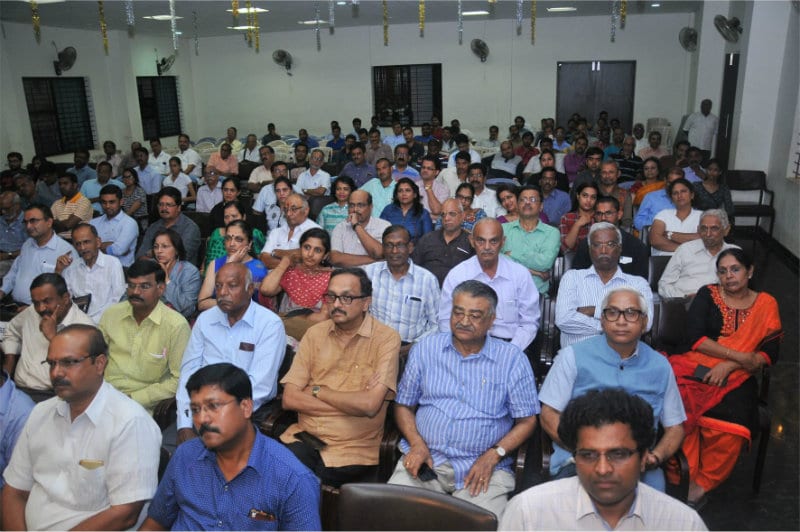 Tax has to go to the Government to run the country and people have, since years, managed to evade taxes and have hoarded black money, causing huge losses to the Government. People have stashed cash in their homes and that money never got into the economy. This money was of no use to anyone. Demonetisation has encouraged digital payments and that would encourage people to keep cash in banks instead of hiding it in their homes,” Bokil said.