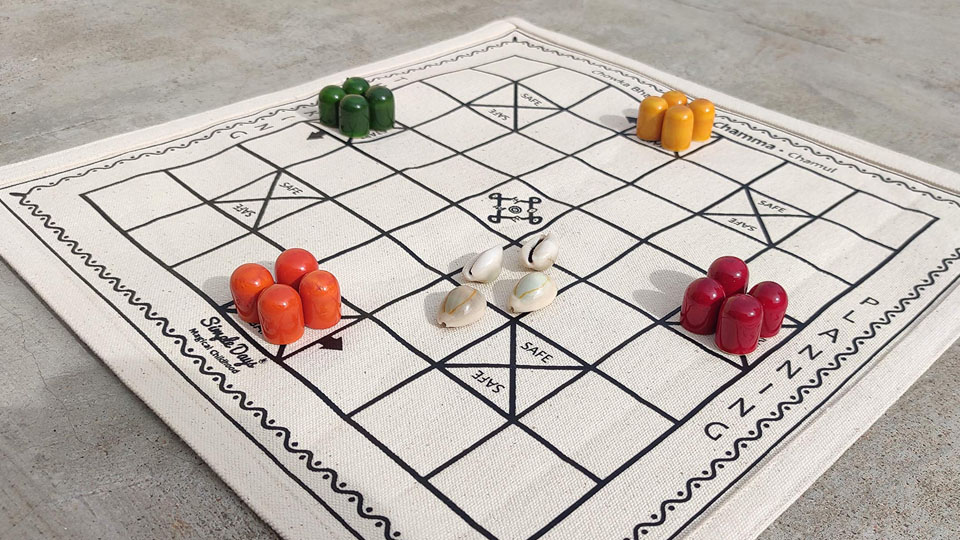 Mysore/Mysuru: As part of Mahashivarathri, the city’s KRM Foundation will be conducting a Desi games competition for people of all ages on Feb. 27, for which publicity posters were released at a programme organised in the Foundation’s Office located in T.K. Layout on Wednesday.

Speaking on the occasion, Foundation President N.M. Naveen Kumar said that the competition has been organised to revive the interest in desi games among the people, both young and old.

Regretting that Desi games were losing popularity due to the advent of modern gadgets and a host of other entertainment forms, Naveen Kumar said that the competition is conducted with the theme ‘Banni, Desi Aaata Aadona.’ Noting that there are hundreds of desi games in the country, he hoped that the competition will bring about a change in the mindset of people regarding desi games and also evince keen interest in them. The desi games competition will feature centuries old games such as Kuntabille, Chowkabaara, Snake and Ladder, Aluguli Mane etc., he added.

He further said that the competition will take place at Akkana Balaga School premises on Thyagaraja road from 10 am on Feb.27. Those interested, can register their names at the spot and all the participants will be distributed certificates. For registration and details, call Mob:  99726-06425 or 96067- 09447.