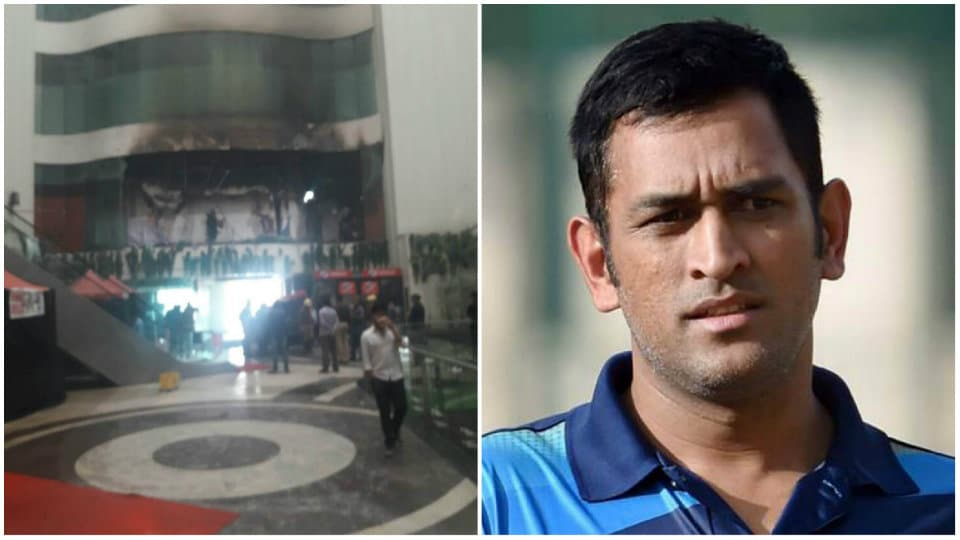 Former Indian Skipper M.S. Dhoni and his Jharkhand teammates were evacuated from a hotel in Delhi where a fire broke out early this morning.

Dhoni along with others were rescued from the hotel moments later. A call was made to the Delhi Fire Service at around 6.30 am following which nearly 30 fire tenders were rushed to the spot and the fire was brought under control by around 7.30 am.

Dhoni and Jharkhand team were staying at the hotel in Delhi to play in the Vijay Hazare Trophy semi-final. Sources said that the team’s kit was charred in the incident.The match has been reportedly postponed to Saturday.

The Jharkhand team had entered the semi-final after defeating Vidarbha by six wickets. Dhoni is an active member of the Vijay Hazare squad and has captained all six matches so far. Dhoni’s participation in Jharkhand team has been drawing huge crowds to the matches.