Over 400 Asha workers of the district participated in the convention to voice their demands.

Speaking on the occasion KSAWA State Secretary D. Nagalakshmi said that the Government had fixed an honorarium of Rs. 3,500 for ASHA workers during the last budget assuring to hike it during the next budget. She urged the government to increase the honorarium to Rs. 6,000 now. 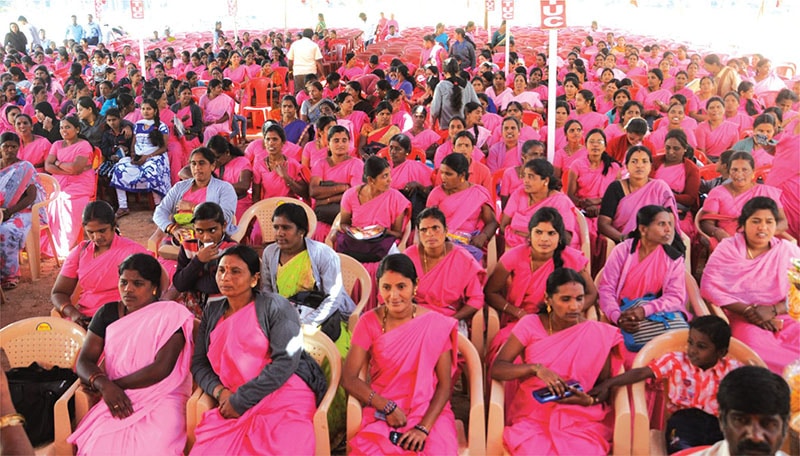 ASHA workers participating in the convention.

She disclosed that the other demands included free treatment for terminal diseases for which a corpus fund of Rs. 5 crore could be earmarked.

She also sought free bus passes for the workers.

Inaugurating the convention,  social activist P. Mallesh said that the ASHA workers should term their demands as rights and seek a regular salary on par with a class 4 staff of government.