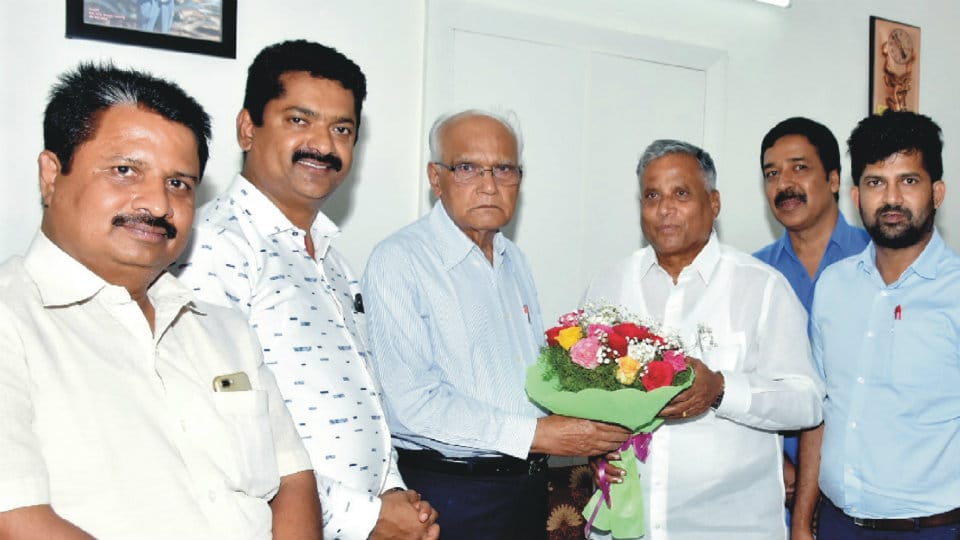 Mysuru District in-charge Minister V. Somanna called on noted writer and Saraswati Samman awardee Dr. S.L. Bhyrappa, who has been given the honour to inaugurate this year’s Dasara festival, at his residence in Kuvempunagar yesterday and held discussions with him for more than an hour. Others seen are MP Pratap Simha, Gundlupet MLA C.S. Niranjan Kumar and BJP leader H.V. Rajeev.