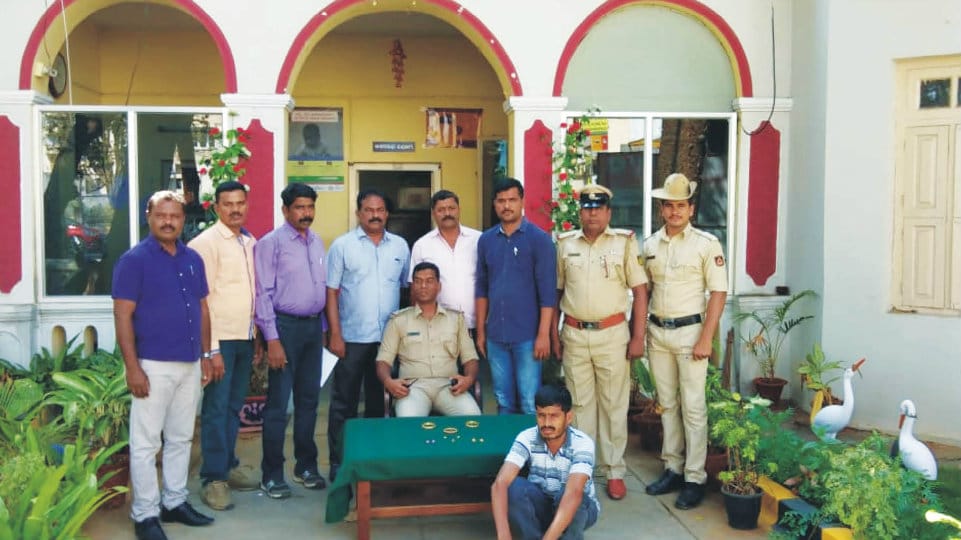 Mysuru: L Police, on Feb. 19, have arrested a domestic help on charges of stealing gold ornaments from the house where he was working in .

The accused is 35-year-old Srinivasa, a native of Ballenahalli in K.R. Pet taluk, who was residing at K.R. Mohalla in city.

During interrogation, Srinivasa is said to have confessed of stealing the gold ornaments from the house of one Balaji at Lakshmipuram in city, where he was working as a domestic help and based on the information provided by him, the Police have recovered 105 gram gold ornaments worth about Rs. 3 lakh from him.