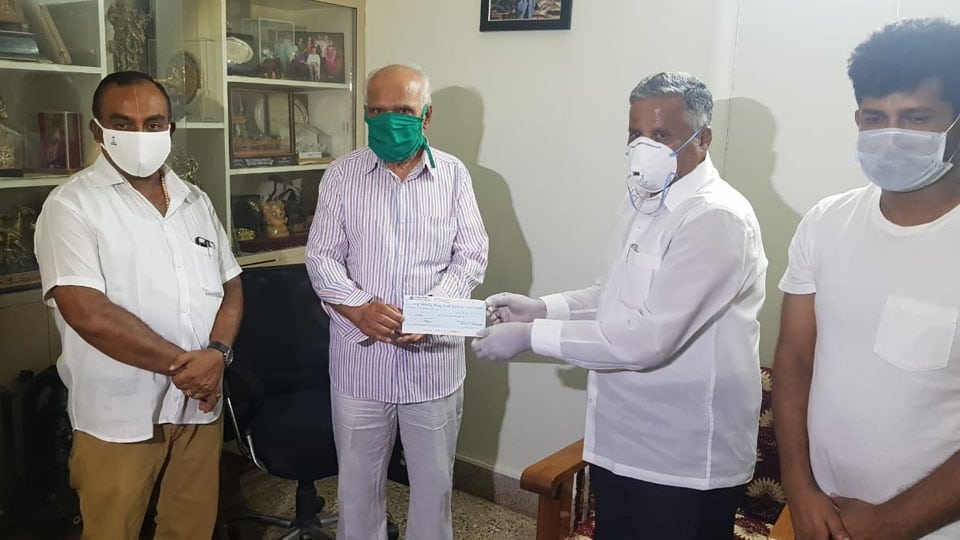 Donations pour in to combat COVID-19

In a bid to help the State Government fight COVID-19, donations from writers, politicians and individuals are pouring in to the PM and Chief Minister’s Relief Fund from city.

Jain Brothers of Prakash Jewellers, Mysuru, donating a cheque for Rs. 30 lakh to Minister Somanna towards PM CARES Fund. Also 51 cots were donated to the COVID Hospital in city.

The office-bearers of Sri Krishnarajendra Co-operative Bank Ltd., Mysuru, donating a cheque for Rs. 1.5 lakh towards the CM’s Relief Fund on Wednesday.