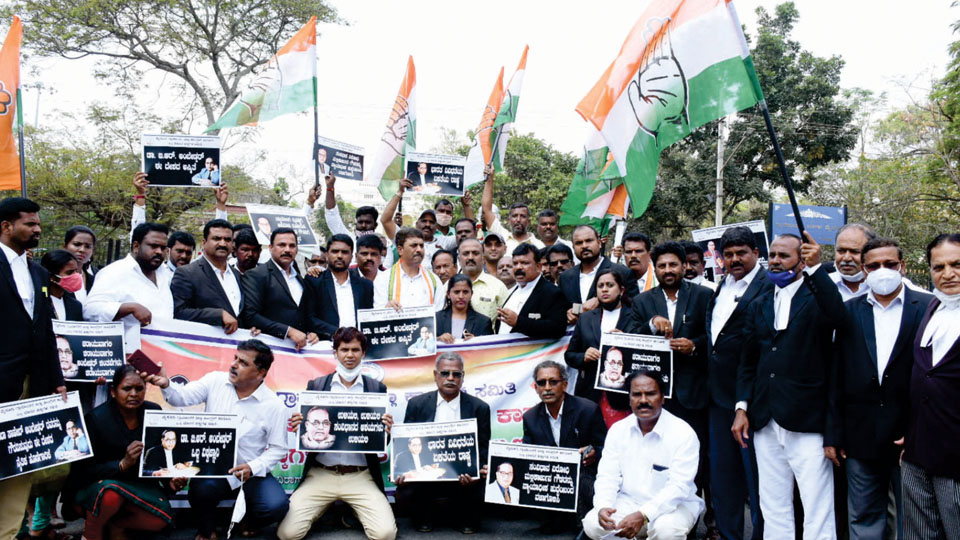 Mysore/Mysuru: The protests in condemnation of the removal of the portrait of Dr. B.R. Ambedkar during the Republic Day celebration at Raichur District Court and seeking sacking of Raichur District and Sessions Court Judge who allegedly ordered for removal, continued for the fifth day today in the city, with various organisations staging demonstrations.

Members of the Legal Cell of the District Congress Unit staged a demonstration in front of Mahatma Gandhi’s bust opposite the City Law Courts Complex this morning. Calling the removal of the portrait of Dr. Ambedkar as an insult not only to Dr. Ambedkar but the Constitution as well, they demanded immediate sacking of the Judge and sought a High Court probe into the matter.

In another protest over the same issue, members of Bheema Janajagruthi Mahasabha and Karnataka Rajya Manava Hakkugala Rakshana Samiti staged a joint demonstration in front of the Deputy Commissioner’s office this morning.