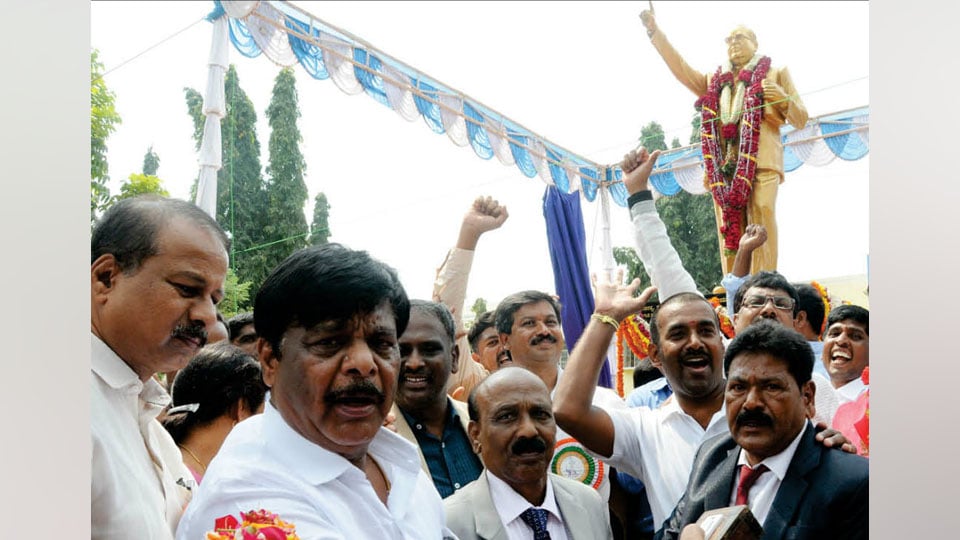 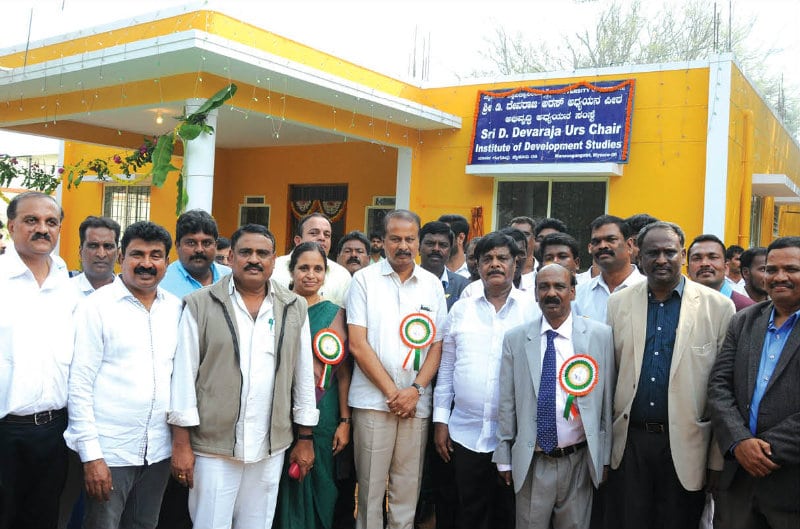 Speaking after unveiling Dr. Ambedkar’s statue at a stage programme organised at Senate Bhavan in the campus, the Minister said that it is not possible for India to turn into a developed country without the Constitution and added that it is the responsibility of those who follow the ideologies of Basavanna, Buddha and Ambedkar      to protect it.

The Minister said that communalists and fundamentalists were weakening the Constitution by trying to create disharmony in the society and added that if the Constitution is not protected it would affect the Backward Classes and the common man in future. Dr. Mahadevappa said that the Indian Constitution was under threat as anti-social elements were attempting to tamper it.

Calling people not to allow communalism and fundamentalism into Universities and educational institutions, Dr. Mahadevappa said that strengthening democracy and development of the country must commence from Universities.

Earlier, University of Mysore Acting VC Prof. Dayananda Mane said that there were plans to install the statue of Basavanna at the Kannada Department premises in Manasagangothri and added that it will be in addition to the existing statues of Dr. Ambedkar and Buddha.

Speaking about Ambedkar’s statue, the VC said that it was a 9ft. tall life size statue which holds significance for being the first statue of Dr. Ambedkar to be installed in State Universities and second after Columbia University and added that the cost of the statue was Rs.40 lakh out of which Rs. 20 lakh was borne by the UoM and the rest was raised from donors.