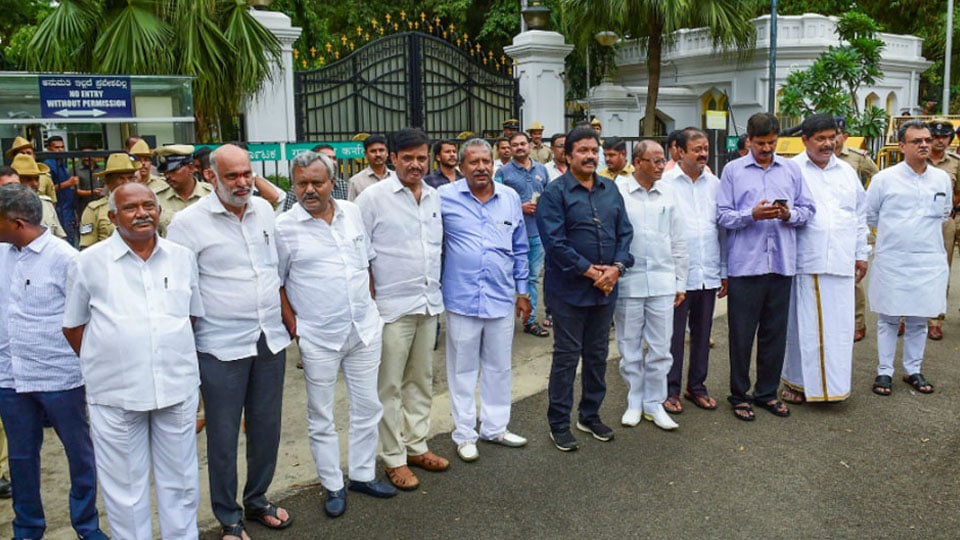 New Delhi: The Election Commission (EC) yesterday deferred by-polls to 15 Assembly seats in Karnataka until the fate of 17 disqualified legislators is decided by the Supreme Court. The move came after the Apex Court adjourned the MLAs’ case to Oct. 22.

Deferring of the by-polls that were to have been held on Oct. 21 is an unprecedented and crucial step for Karnataka’s fluid politics. It gives the rebels and the ruling Bharatiya Janata Party (BJP) some breathing space as now they will not have to go to the polls with legal wrangles hanging over their heads, according to political analysts.

For BJP leader and Chief Minister B.S. Yediyurappa, analysts said, it also gives some time to try and address internal differences over giving tickets to the rebels and perceived lapses in governance.

The stability of the recently-formed Government, the only BJP Government in the South, hinged on the by-polls necessitated after 15 rebels quit and toppled the previous Congress-Janata Dal (S) rule in July. After days of uncertainty, the then Speaker K.R. Ramesh Kumar not only accepted the resignations but went a step further and disqualified them, ruling they cannot return to contest the by-polls, which was then challenged by the rebels in the SC.