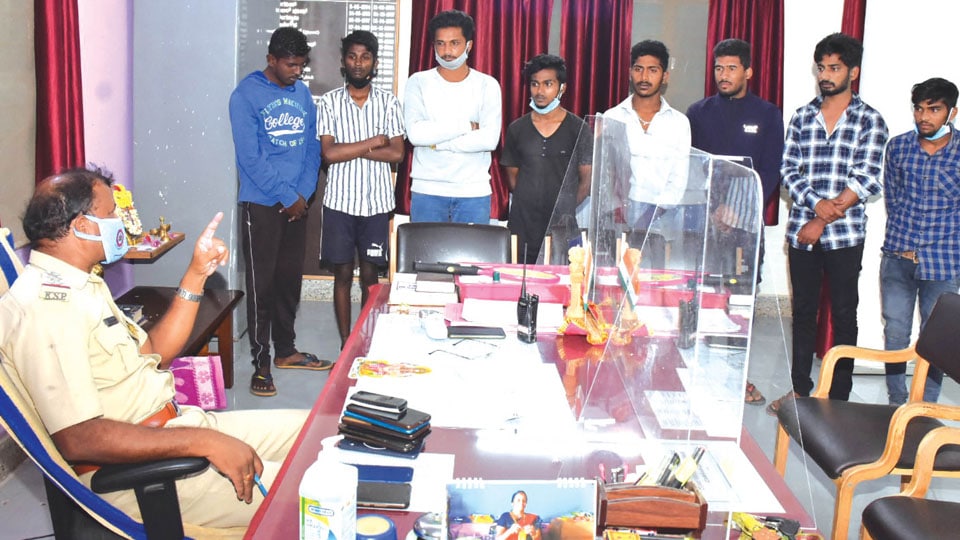 Mysore/Mysuru: Vidyaranyapuram Police have arrested eight persons on charges of indulging in IPL Cricket betting by creating WhatsApp group and have seized Rs. 9,810 cash, eight mobile phones and five two-wheelers from them.

During the cricket match between Punjab and Mumbai on Thursday, a few youths were indulging in betting through the WhatsApp group behind a tea stall at J.P. Nagar last bus stop. Acting on a tip off, Vidyaranyapuram Police raided the spot and arrested them.