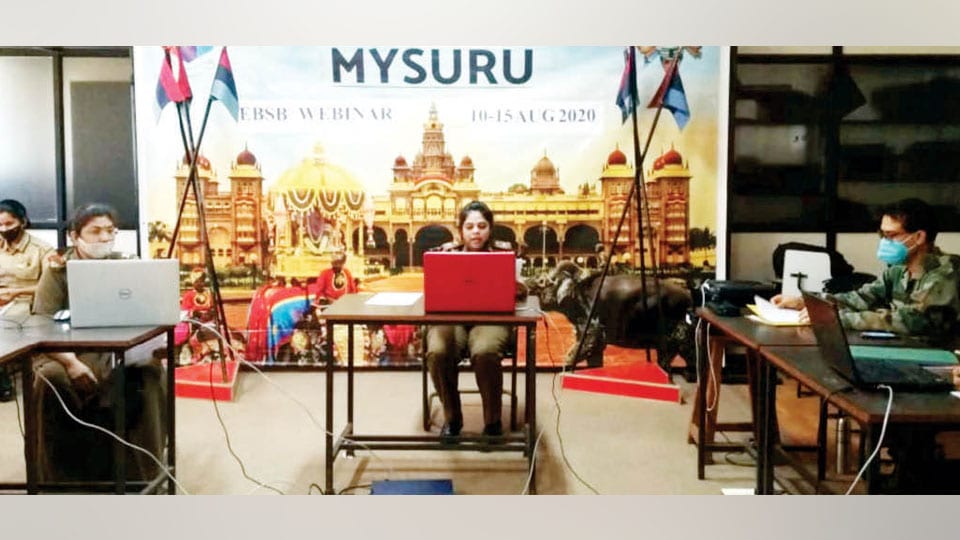 Mysore/Mysuru: Keeping in line with the new normal of webinars, NCC too has tried its hand at having the ‘Ek Bharat Shrest Bharat Saptha’ being organised as a webinar.

3 Kar Girls Bn NCC, under the aegis of NCC Group Mysuru, had organised the event from Aug.10 to 15 and 100 Cadets each from the two Directorates took part.