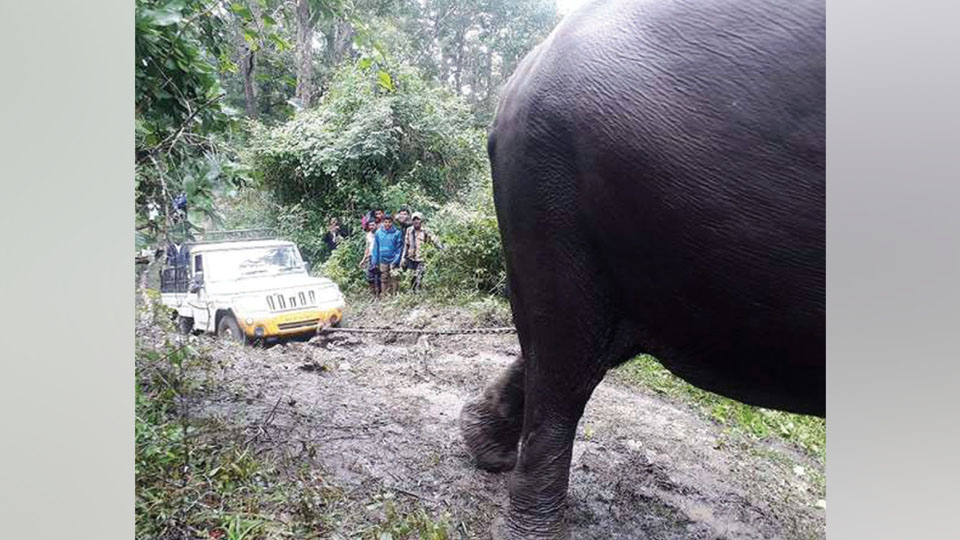 Madikeri: Dasara Elephant Abhimanyu was brought to tow a pick-up van which had reportedly got stuck in slush recently at Majjigehalla Reserve Forest coming under Thithimati forest range in South Kodagu.

JCI, Ponnampet, in association with Forest Department, had organised a seed-ball planting programme in the forest. The pick-up vans were used to ferry the students into the forest. One of the vans got stuck in slush and it was impossible to move it out. With no way out, the Forest Officials decided to summon tamed elephants from the nearby Mathigodu elephant camp. Elephant Gopalaswamy was brought from the camp but showed reluctance to pull out the van. Later elephant Abhimanyu was brought which successfully towed the van stuck in slush with the students and forest staff  leaving a sigh of relief.