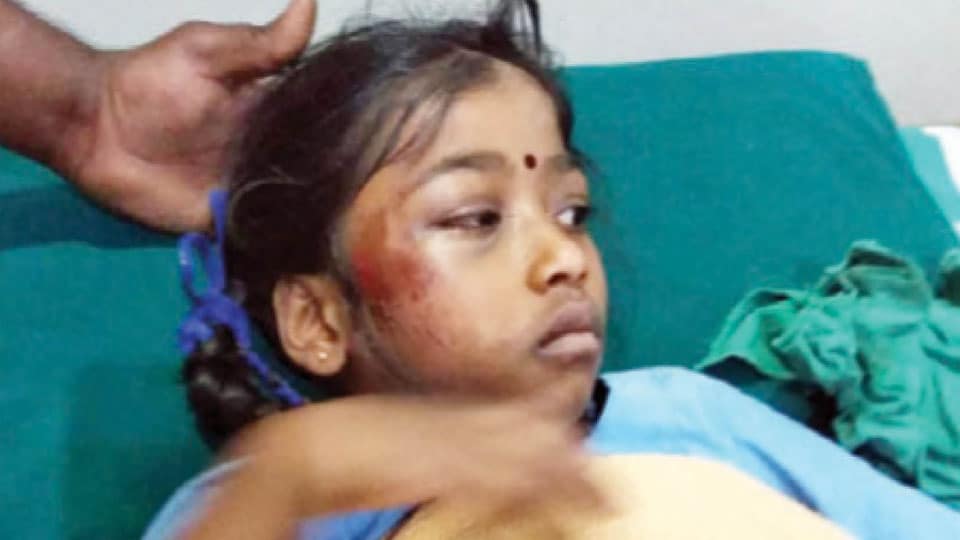 Siddapura:  In broad day light, a group of students going to school at Injilagere near here were said to have been attacked by a wild elephant yesterday resulting in grievous injuries to two students — Yuvashri and Nityashri, daughter of a Farm worker Mani.

After a preliminary treatment at a private hospital in Ammathi, the injured girls were admitted to Madikeri District Hospital.

Another student, who was also there, had a miraculous escape. When the plantation workers raised an alarm, the elephant escaped to the plantation.

The workers have alleged that elephant attack has become common in the area and bemoaned that the Forest Department officials had failed to prevent such incidents.

They added that the elephants were also damaging standing crops. They warned of a protest if the elephant menace was not addressed.

Forest Deputy Range Officer Shivakumar and staff have begun an exercise to chase the elephants out of the plantation.