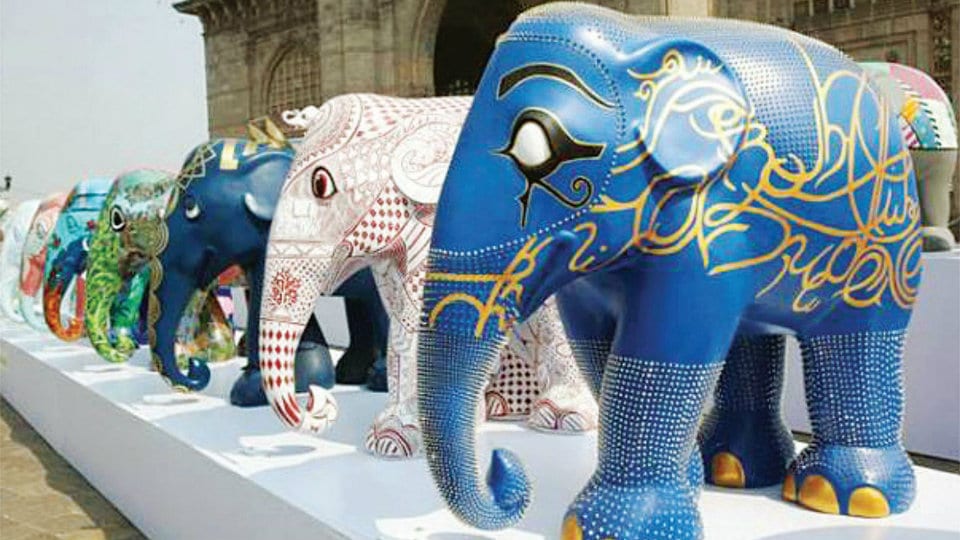 Mumbai: After traveling around the world and making a splash in Jaipur and Delhi, the global exhibition-cum-conservation initiative Elephant Parade arrived in Mumbai on Sunday.

The exhibition was opened at the Gateway of India in the presence of Maharashtra Chief Minister Devendra Fadnavis, Union Minister for Women and Child Development Maneka Gandhi, who is the founder of People for Animals, and MP Poonam Mahajan, who is the Parade ambassador. Comprising 101 sculptures of elephants, each designed by an artist, designer or a prominent personality, the Elephant Parade will be on display in the city for three weeks. Founded in 2006, the initiative seeks to build awareness about elephant conservation and raise money for the cause.

The Elephant Parade India’s goal is to draw attention to the dwindling population of the Asian Elephant and, in partnership with the Wildlife Trust of India, to secure 101 elephant corridors across India. These corridors are vital connections between forested areas that allow elephants and other wild animals to move freely.

The money for the cause will be raised through the sale of elephant sculptures.

Over the course of the next three weeks, groups of the elephant sculptures will be on public display around the city, beginning with south Mumbai locations such as the Gateway of India, Priyadarshini Park, Palladium Mall, Siddhivinayak and the Mantralaya. [Courtesy: The Indian Express]