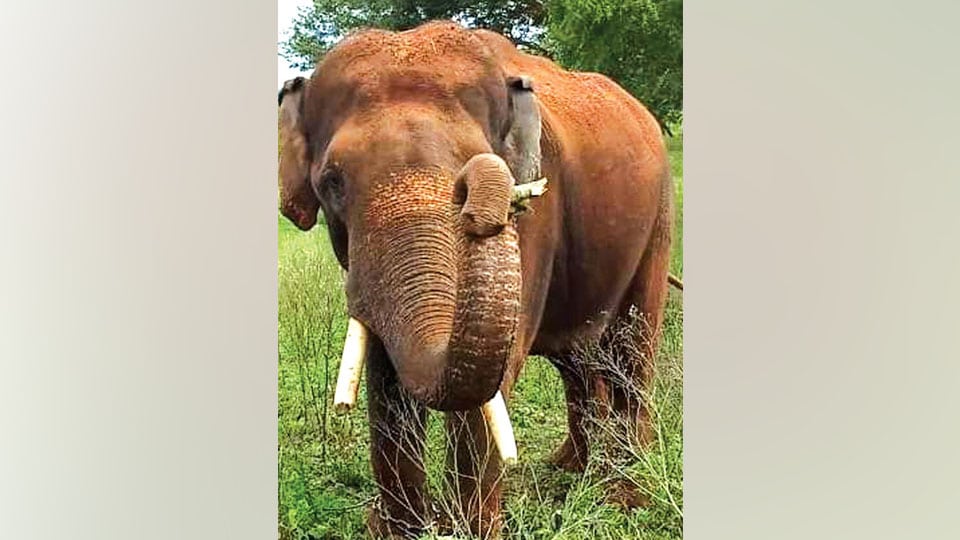 Gundlupet: Elephant Rohit, who has been selected to participate in Dasara festivities, has damaged a tourist’s car near the Bandipur Safari ticket counter at Melukamanahalli in Bandipur National Park yesterday afternoon.

Three elephants — Jayaprakash, Rohit and Lakshmi of Rampura Elephant Camp in Bandipur — which were selected for this year’s Dasara, were readied by the Forest Department to be sent to Mysuru.

But about 3 pm, a tourist from Pune identified as J. Kamde, who had come to Bandipur, had parked his car near the ticket counter at Melukamanahalli, when Rohit, all of a sudden rammed into the car resulting in the car hitting against the wall of the toilet. The front portion of the car has been damaged in the incident. The Forest Department has assured of paying for the repairs.

Meanwhile, Gopalaswamy Hill RFO Naveen Kumar said that elephant Rohit is getting angry on seeing vehicles and hence the transportation of elephants has been withheld temporarily.