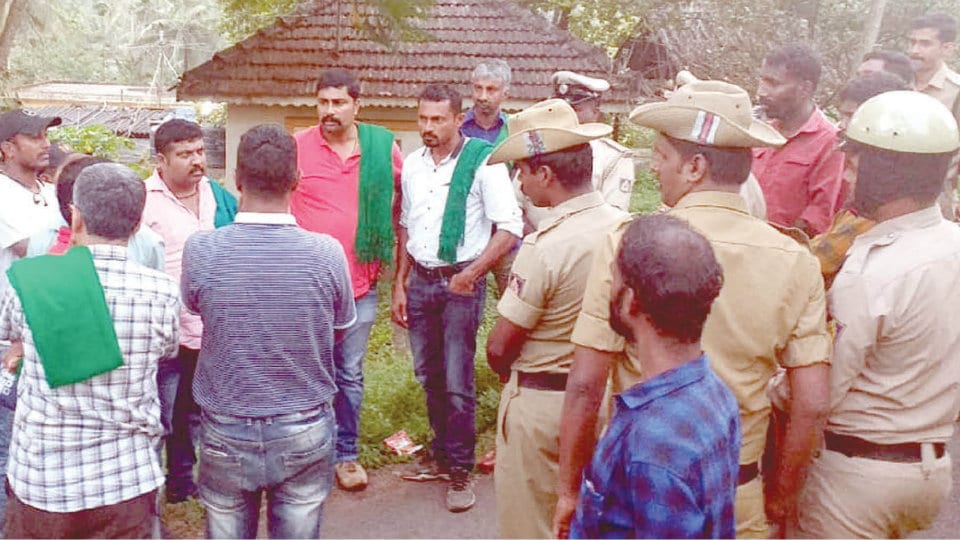 Gonikoppal: In the increasing man-animal conflict in Kodagu, a man was trampled to death by a wild elephant last afternoon. The victim was working in a coffee estate at Manchalli near Kutta village when the elephant suddenly attacked him.

Forty-five-year-old Paniyeravara Kariya was working in the estate owned by Mukkatira Kushalappa, the brother of former Kodagu District Congress President Shivu Madappa. At around 3 pm as he was inside the estate, the elephant that was grazing and amidst trees in the estate suddenly attacked Kariya.

Other estate labourers who saw the horrific attack ran towards safety. Kariya died on the spot and after taking its victim, the elephant moved to the neighbouring plantation.

Villagers and estate workers complained that the wild elephant menace has increased in Kutta, Manchalli and surrounding areas. These elephants venture into the estates for easy food and it is very difficult to spot them amidst green foliage.

They alleged that many times they have complained to Forest Department about the menace and despite one planter being trampled to death just three months ago, the Department had not taken any action. “These forest officials come to the place only when human beings are killed by elephants and they drive that particular elephant back into the jungles. But the Department never takes any concrete measures for a permanent solution,” villagers said.

Following the elephant trampling, farmer activists and coffee planters demanded the Police to register an FIR against Forest officials for negligence and dereliction of duty. Circle Inspector Parashivamurthy pacified the agitated crowd and assured them that cases will be booked as per law. Following the assurance from Police, the protesters relented and withdrew the agitation. Later, post-mortem was performed and the body was handed over to family members.