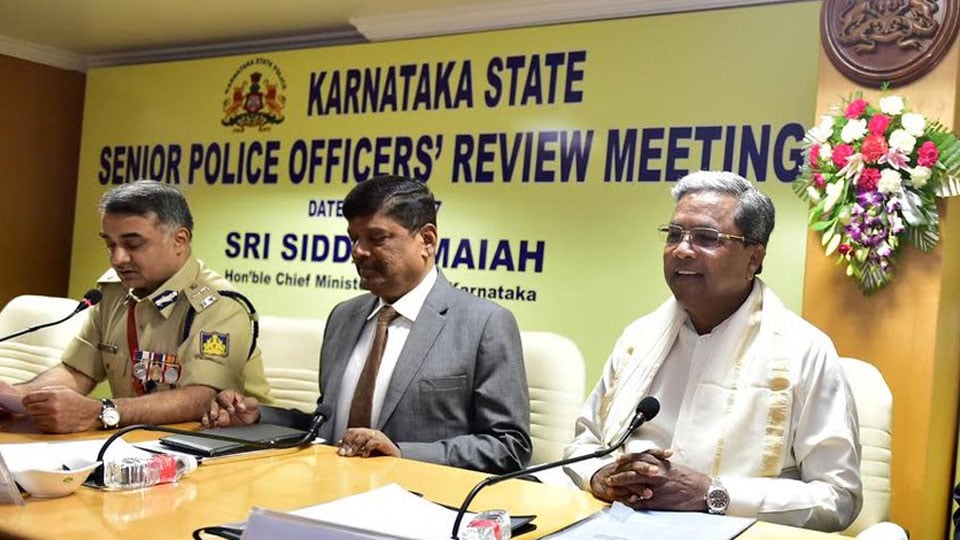 Enforce Goonda Act against those involved in disrupting peace: CM

Bengaluru: Chief Minister Siddharamaiah, who also holds the Home portfolio, directed the Police to invoke stringent law against those involved in creating violence in the coastal region and also book the offenders under the Karnataka Control of Organised Crimes Act (KCOCA) or the Goonda Act. He was speaking at a meeting with top Police Officers at DG&IG office on Nrupatunga Road here yesterday.

Stating that Udupi and Dakshina Kannada districts were known for religious harmony, he said that few communal forces would try to disturb peace in the area as the State prepare for the ensuing Assembly polls.

Hinting on enforcing ban order against communal groups in coastal areas, the CM asked the Police top brass to identify the ‘handlers’ in communal violence case and take stern action.

He said the top Police officers to visit the crime spot instead of giving instructions from their respective offices. “Though having information about possible violence, there were no measures taken to prevent the violence. If the senior Police officers were at the spot such violence could have been avoided,” he added.

Asking the Police Department to submit a proposal, Chief Minister Siddharamaiah said that a new rule to ensure that a Police officer is not disturbed from his position for two years would be introduced soon.