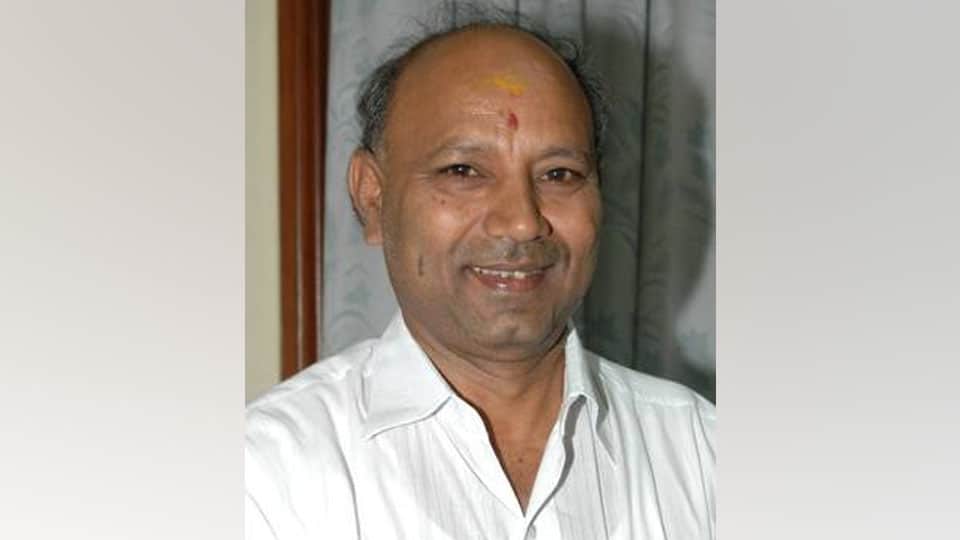 Mysuru: Ex-MP and former Minister C.H. Vijayashankar, who quit the BJP on Saturday, will undertake a tour of the district from tomorrow (Oct.31) to seek the opinion of his followers and well-wishers, on his next political move.

Speaking to Star of Mysore after taking part in a book release function at Veena Seshanna Bhavan on Adichunchanagiri Road in Kuvempunagar here yesterday, Vijayashankar said that he had never thought of leaving the BJP. But some unexpected developments forced him to quit the party, he said.

Claiming that he had received invites from other parties, the former MP said that Chief Minister Siddharamaiah has asked him to join the Congress. However, he has sought some time on joining the Congress, he said and reiterated that he will take a decision only after consulting his followers.

Maintaining that he had utmost respect for the BJP, Vijayashankar said that, however, self-respect was above everything for him and he had to quit the party as his self respect was hurt.

Stating that there was utter confusion in the party over the selection of candidate from Periyapatna Assembly sequent, Vijayashankar said that although he had put his best efforts for organising the BJP in Periyapatna, there was no guarantee of him getting the party ticket. His repeated pleas to the party top brass to clear the confusion, went in vain. As such he was forced to leave the BJP, he said.