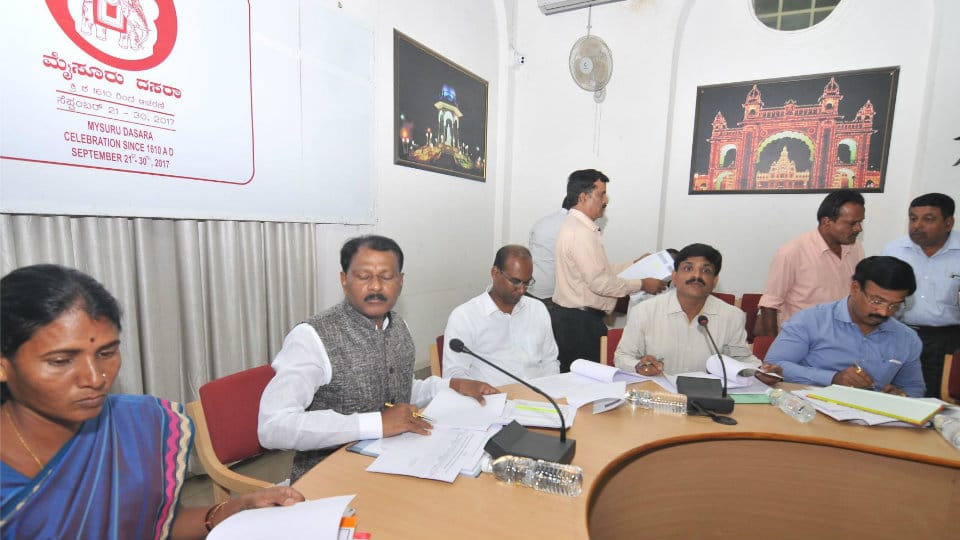 ‘Extend all facilities to Pourakarmikas’

Mysuru: Importance must be given to provide housing, health and education to Pourakarmikas and their family members, said National Safai Karmachari Commission Member Jagadish Hiremane here this morning.

He was speaking to media persons at the DC office where he held a review meeting.

Stating that the Pourakarmikas must be educated on various welfare schemes announced by both Central and State Governments, he added that medical facilities must not only be extended to Pourakarmikas but also to their family members.

Continuing, Hiremane said that MCC must take steps to provide housing facilities to Pourakarmikas. He said MCC must purchase the sites and later release a subsidy amount of Rs. 3.50 lakh  for the construction of the house under 24.1 scheme.  He said that Belagaavi, Dharwad and Vijayapura City Corporations had already implemented this scheme.

Hiremane warned of stringent action against officials if Pourakarmikas were made to enter into the manhole and said they must be provided with latest machineries at all Taluk Panchayats and City Municipal Councils.

“Pourakarmikas must be provided loans to start their own business and become economically strong.

Their children have to be extended facilities like student’s hostel and residential school to enhance their knowledge,” he added.