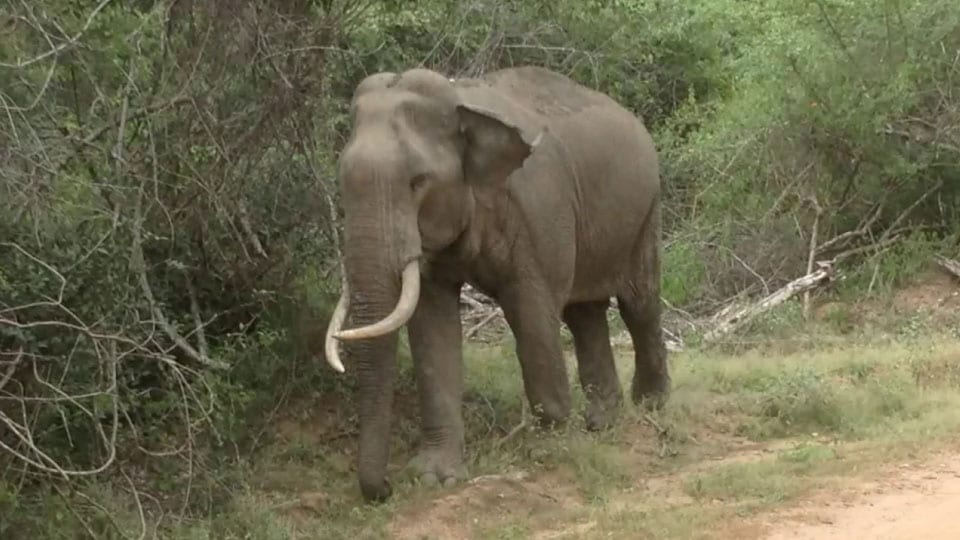 Hanagodu: An incident of a tusker attacking a farmer and injuring him and the farmer’s dog saving the life of its owner, has been reported from Neralekuppe in Hunsur takuk on Friday night.

The injured farmer is Anil Kumar, who owns land on Billenahosahalli road, bordering Nagarahole Reserve Forest, had constructed a house in his land and had grown tobacco and maize.

Meanwhile, DRFO Veerabhadra and staff, who were conducting a tiger operation at Taragan Estate nearby, rushed to the spot and shifted injured Anil in their vehicle to Hunsur Hospital, where Anil was treated and later shifted Anil to a private hospital in Mysuru.

Pet dog saves Anil’s life: As soon as the pet dog of Anil saw the elephant not only barked at it, but began to attack the elephant when it injured Anil.

The elephant also attacked the dog leaving it injured near its eyes. But despite the dog being injured, it launched an attack on the elephant till it went back, thus displaying its loyalty to its owner.

Meanwhile, former Vice-President of Neralakuppe Gram Panchayat Sundramma Mahadev said that the villagers were living with a sense of fear about tiger and elephant menace in the vicinity and urged the Forest Department officials to provide security to them by appointing more Forest personnel at their village and also to take up installation of Railway line barricades to prevent elephants.