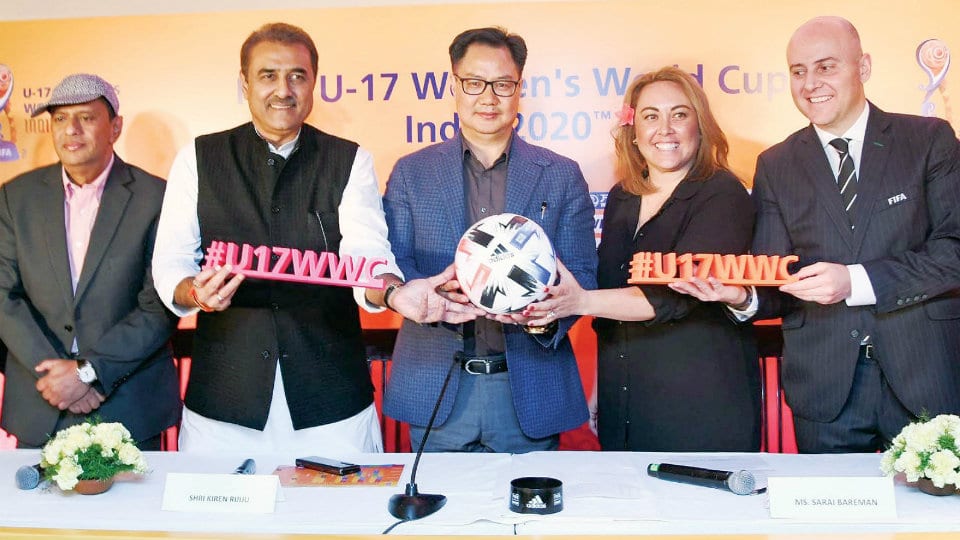 The official slogan, match schedule and host cities for the Fédération Internationale de Football Association (FIFA) Under-17 Women’s World Cup India 2020 were unveiled by FIFA and the Local Organising Committee (LOC) in the National Capital on Tuesday.

A total of 16 teams will compete across 32 matches to lift the trophy on Nov.21 in Navi Mumbai.

After the launch of the official emblem in November last year, the official slogan for the FIFA Under-17 Women’s World Cup — Kick Off The Dream — was also unveiled at the press conference in New Delhi.