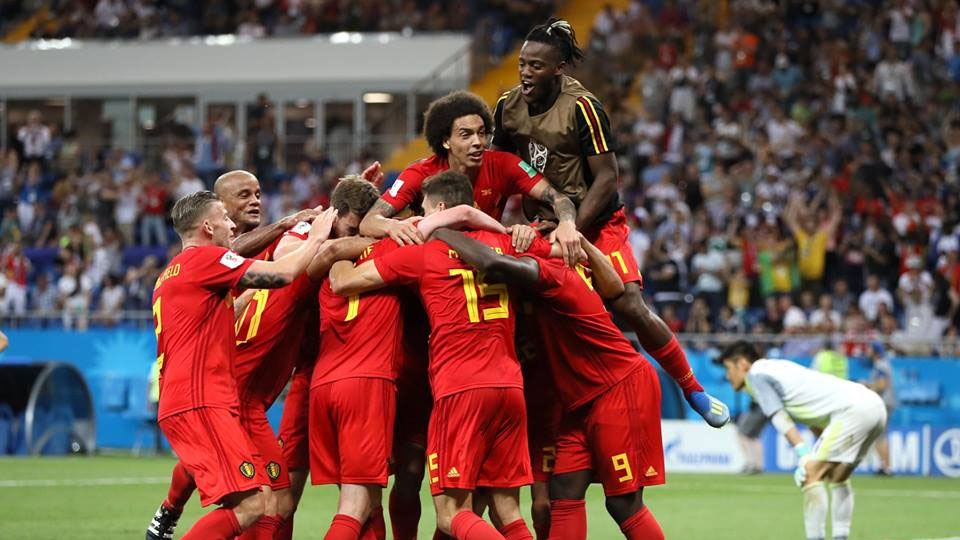 Nacer Chadli scored deep into second-half stoppage time to complete Belgium’s 3-2 comeback win against Japan in the World Cup round of 16 on Monday. The win puts Belgium into the quarterfinals, setting up a mouth-watering clash with Brazil in the last-eight.

Having rested most of their best players for the 1-0 win over England in their final group game on Thursday, Belgium’s first-choice team — including Vincent Kompany back from injury in the centre of defence — sent too many passes astray in the opening 45 minutes.

Romelu Lukaku failed to react in time when Kompany flicked the ball towards him on the half-hour as Belgium struggled to get on track. And despite dominating possession, Belgium failed to create many other quality chances while Japan looked dangerous throughout the first half on the counter-attack.

Belgium goalkeeper Thibaut Courtois nearly bobbled the ball into his own net just before half-time after a tame shot trickled right to him, but he managed to smother it before any Japanese players could react.

Japan came out of dressing room on fire and were 2-0 up inside of first 10 minutes after the restart when Genki Haraguchi scored Japan’s first from a Gaku Shibasaki through ball that was mis-played by Jan Vertonghen.

Eden Hazard then clattered a well-hit shot from a Dries Mertens cross off the post at the other end. Minutes later a Kompany clearance fell to Shinji Kagawa, who laid off for Takashi Inui to fire home a  knuckling stunner from 20 yards away that left Courtois no chance to extend the underdogs lead.

a poor clearance from Japanese defence that looped over goalkeeper Eiji Kawashima and found the back of the net.

Roberto Martinez’s team sprang to life after their first and were level soon after as substitute Marouane Fellaini rose to meet a Hazard cross and nodded it home to make it 2-2. Kawashima then kept out two quality Belgium chances on 85 minutes, punching away a Chadli header before palming Lukaku’s follow-up effort over the bar. Courtois made an amazing save from a long-distance Keisuke Honda free kick and then gobbled up another attempt and fed Kevin De Bruyne who led the counter-attack that teed up Chadli’s winner.

Belgium, who tied their 1986 record for most goals at a World Cup with 12, are the first team to come back from a two-goal deficit at any point in the match and win in regulation time of a knockout stage match since Portugal in 1966 against North Korea.