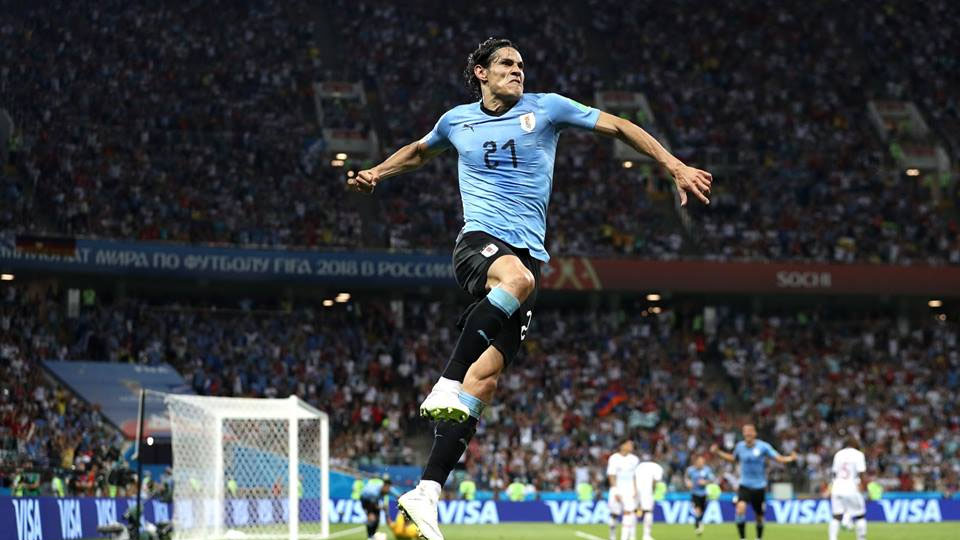 Paris Saint-Germain striker Cavani curled home a superb 62nd-minute winner to settle a thrilling second round duel in Sochi which sends Uruguay into a quarter-final against France next Friday.

Cavani had already put Uruguay in front early on, only for Pepe to head Portugal level in the 55th minute in a thrilling contest that was not the battle of attrition many predicted.

Teenage star Kylian Mbappe struck twice and earned another goal as France finally found their attacking edge to beat Lionel Messi’s Argentina 4-3 and move into the quarter-finals of the World Cup on Saturday.

Billed as Messi’s chance to reignite stuttering Argentina’s hopes, the thrilling last 16 clash in Kazan instead saw 19-year-old Paris Saint-Germain star Mbappe grab the limelight as he became the youngest player since Pele in 1958 to score two goals in a World Cup match.