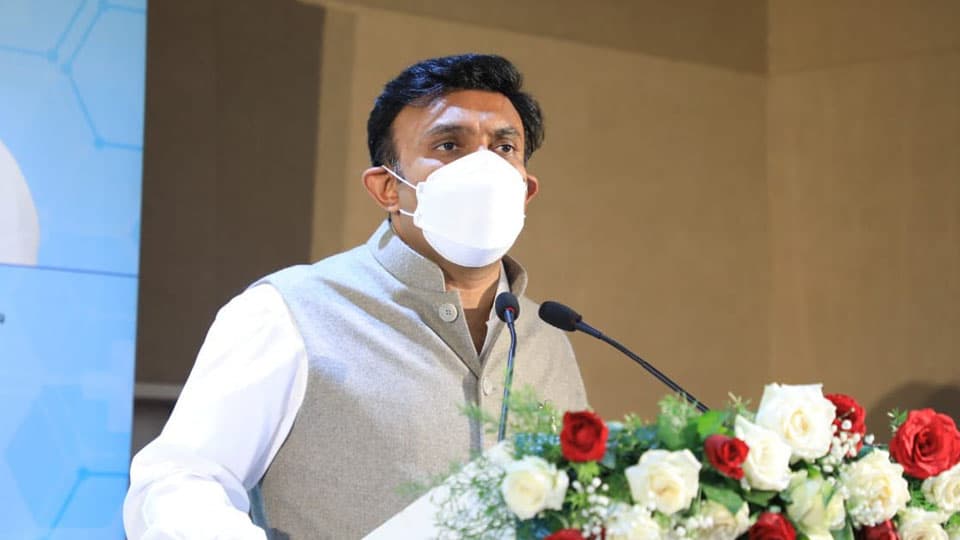 First-of-its-kind Covid Warrior Memorial to be built in Bengaluru: Minister

Bengaluru: Health and Medical Education Minister Dr. K. Sudhakar on Thursday said Karnataka Government will build a Covid Warrior Memorial, first-of-its- kind, in honour of doctors and paramedical staff who ‘martyred’ themselves in the fight against Coronavirus.

Speaking at a function to celebrate National Doctors’ Day here, he said, “We will build a Memorial to pay homage to those doctors who lost their lives due to Covid while rendering their services in our Arogya Soudha premises.”

He said his Department has decided to build it in a unique way in memory of doctors and paramedics, which will be on par with the War Memorial in New Delhi where anyone can go and pay their respects.

He said the Memorial will be placed where everyone can come and pay tributes.

Stating that about 800 doctors died due to Covid in the country during the second wave, Dr. Sudhakar said many of them left behind their families including children in the line of duty.

He also said in the next few weeks the sketch of the structure would be ready. After the structure is ready, the family members of the martyrs will be invited to pay their tributes.

The Minister also paid his homage to late Dr. Bidhan Chandra Roy, former Chief Minister of West Bengal, who was also a noted Physician, for his contribution to the medical field and in whose memory his birthday is celebrated across India as National Doctors Day on July 1.