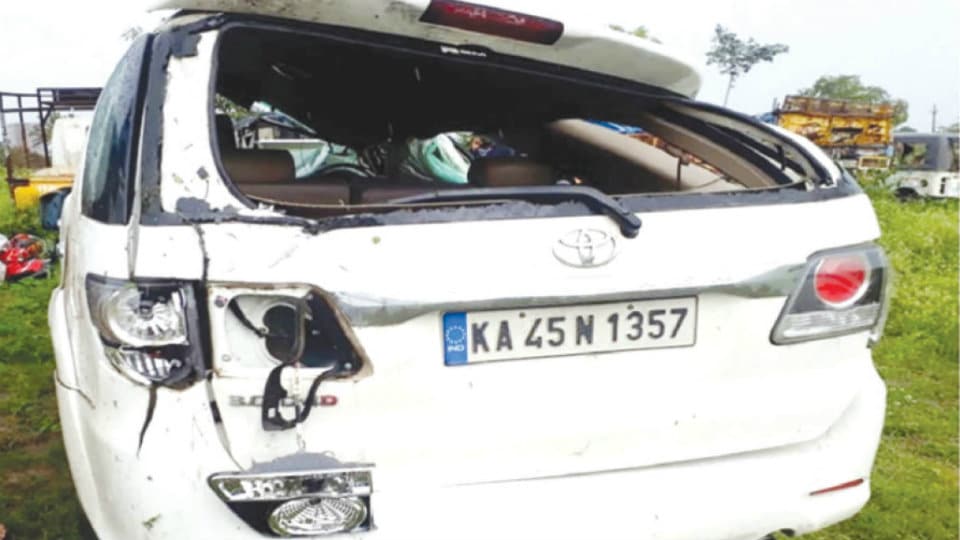 The five were travelling to Hunsur in a SUV (KA-45 N-1357) to take part in Varamahalakshmi Festival at the residence of H.P. Manjunath in Hunsur, when the accident took place.

Former MLA H.P. Manjunath, who was in Hunsur, rushed to the spot soon after hearing news of the accident.

The jurisdictional Bilikere Police have registered a case in this regard.