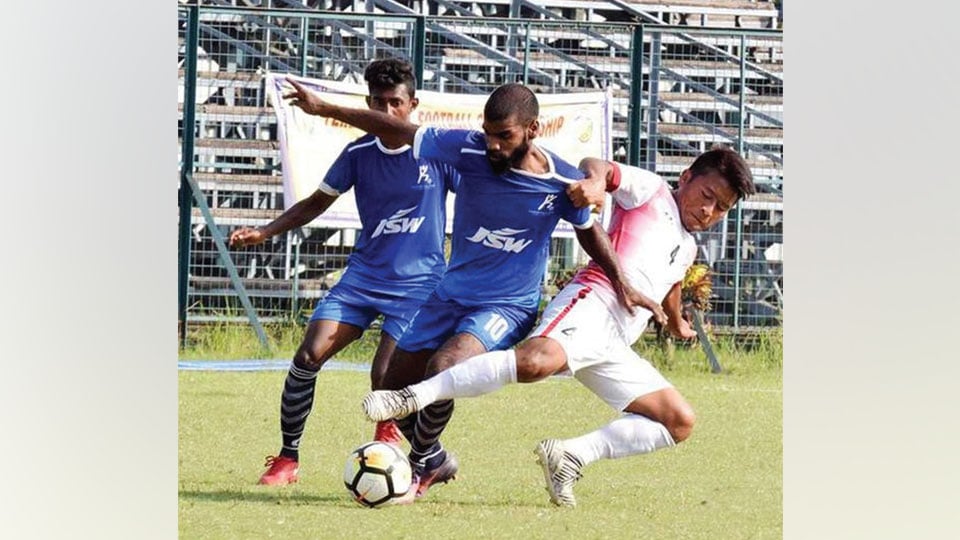 Karnataka, helped by a 74th minute goal by S. Rajesh beat Mizoram 1-0 and entered the semi-finals of the Santosh Trophy match played yesterday in Kolkata.

Karnataka toiled hard to find the winner in the evenly contested tie and with this win reached the last four stage by being the group topper.

Both Karnataka and Mizoram secured nine points each, but the former took the number one spot on the basis of the head-to-head result between the two sides.

In the semi-finals, Karnataka will play Group ‘A’ second placed side Bengal, while Mizoram will take on leader of Group ‘B’, Kerala on Friday.

In another Group ‘B’ tie, Goa beat Punjab 4-1, to deny Northern side a spot in the semis.

Karnataka showed good co-ordination and began aggressively. They maintained the tempo and attacked on both the flanks. Skipper Vignesh Gunashekar, Linton, Leon Augustine and Rajesh played well for Karnataka.