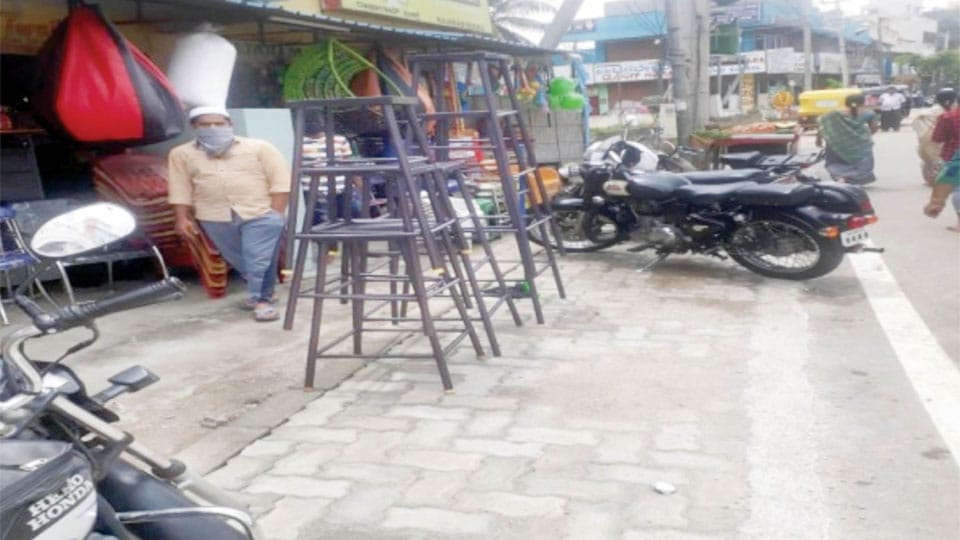 Mysore/Mysuru: Mysuru City Traffic Police, who are conducting drives to clear footpath encroachments, continued their drives in city yesterday and have registered a total of 11 cases besides collecting Rs. 3,000 as fines from encroachers.

DCP (Crime and Traffic) M.S. Geetha Prasanna and ACP (Traffic) S.E. Gangadharswamy guided Inspectors and staff of all Traffic Police Stations in the footpath encroachment clearance drives, according to a press release from the Police.