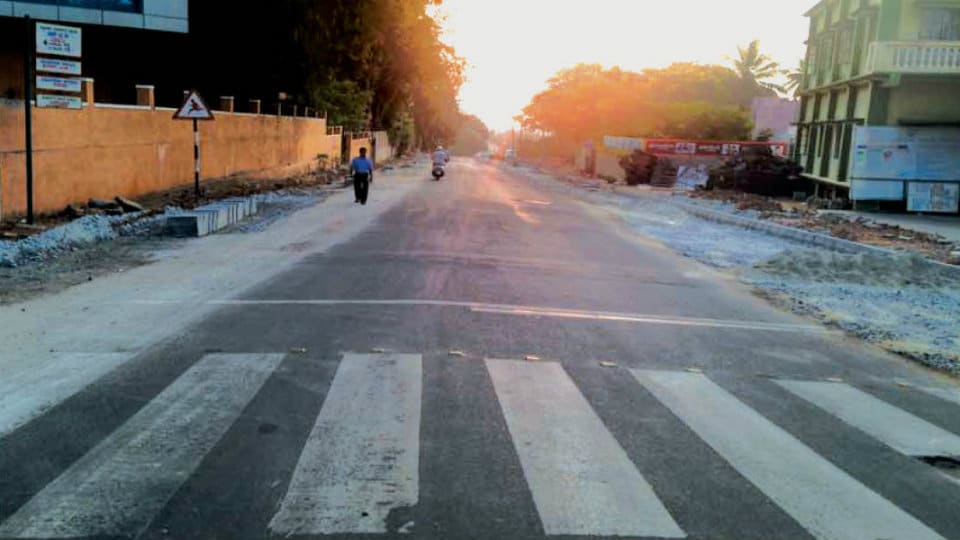 ‘Footpaths on Dhobi Ghat Road to be ready in two months’

Mysuru – Following complaints by residents regarding the absence of footpaths for pedestrians on Dhobi Ghat Road leading towards Akashvani Circle in Yadavagiri, Ward 34 Corporator D. Nagabhushan has clarified that the pavements on the busy road would be constructed within couple of months.

Speaking to Star of Mysore, he said that the Mysuru City Corporation (MCC) had spent Rs. 1.25 crore for the construction and widening of the road and added that the footpaths had been removed as Mysuru Urban Development Authority (MUDA) would be taking up further development of the road between Dhobi Ghat junction and Akashvani Circle at a cost of Rs. 5 crore along with the widening of Vivekananda Road till Jawa Factory junction.

He said that the works were delayed owing to demonetisation and added that the pending drainage works had also halted the road works.