Home » Feature Articles » For the Love of the Moon 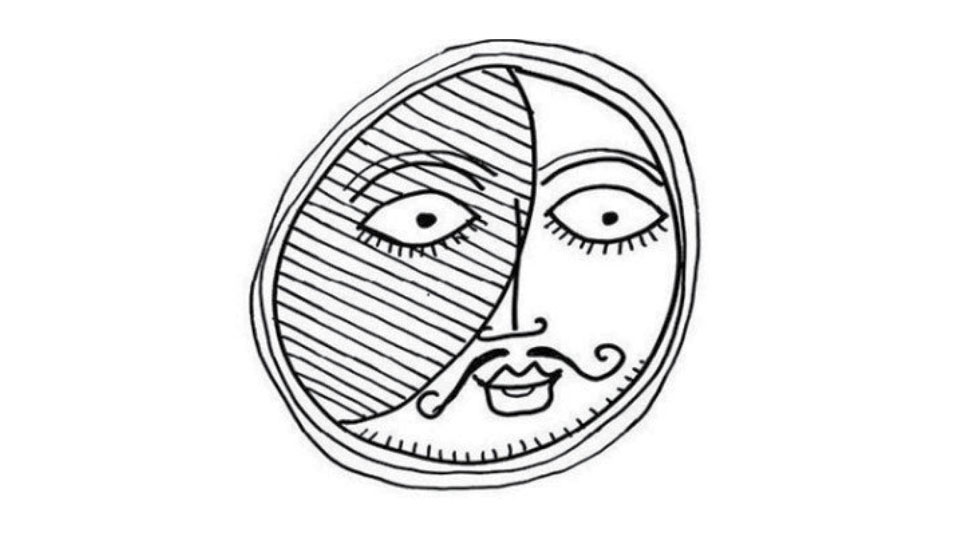 For the Love of the Moon

In Hindu astronomy, the sky is divided into 28 parts or nakshatras, based on 28 different constellations, one of which is supposed to have disappeared so effectively that there remain only 27. These constellations or houses are visualised as Goddesses. It is said that the Moon God was married to all of them, but he preferred only one of his wives, which is the reason the 28th wife disappeared. The remaining 26 complained to their father, who got so angry with the Moon God for preferring one wife over the others, that he cursed the Moon God with tuberculosis, kshyayrog or wasting disease.

The Moon started to wane and he kept waning. When he was about to disappear, he prayed to the great God, Shiva, who, through the practice of yoga, created energy within him. He then could energise the Moon, who started waxing again. Therefore, Ardhachandra, the half Moon or the crescent shape of the waning phase of the Moon, represents the moment between death and rebirth, and plays an important visual symbol in Hindu mythology. It represents Shiva’s power, who is often described as the God with the crescent Moon on his locks. Often-times, Shiva is equated with the Moon, its shifting phases reflecting his moodiness, its glow representing his beauty.

Another story of the Moon God is that he fell in love with the wife of the planet, Jupiter. Jupiter is called Brihaspati in Hinduism. He is the Guru of the Gods of the Sky or the devas.

READ ALSO  When a man loves a woman

Brihaspati is an old man, serious and rational. He lacks the passion found in Chandra, who is the most handsome of all Gods and is associated with emotions, romantic desires and moodiness. Brihaspati’s wife, Tara, which also means star, grew bored of Brihaspati, and eventually eloped with Chandra.

This led to a crisis in the heavenly kingdoms, because Brihaspati went to Indra, the king of the sky, and demanded his wife be brought back. If Brihaspati did not perform any rituals for the devas, they were doomed to face defeat in battle. Indra had to fight Chandra and force him to let Tara go, who returned home pregnant, and everybody wondered whose child it was.

Tara refused to say anything. When asked, the child in the womb revealed he was a love child, born of the Moon God. This angered Brihaspati so much that he cursed the child to be born as an androgynous being. At birth, this androgynous being was called Mercury or Budh, the child of the Star Goddess and the Moon God. And therefore, Mercury is changeable, neither this nor that, both male and female.

This makes for an interesting story in Hindu mythology. We have a mercurial God, who is androgynous. We have a Moon God, who is romantic and emotional, and who is punished for favouritism. We have planet Jupiter, who is associated with rationality and who is hurt that women prefer the heart over the mind. Thus, the stars, planets and celestial bodies were used to map the human mind by ancient poets and seers of India.