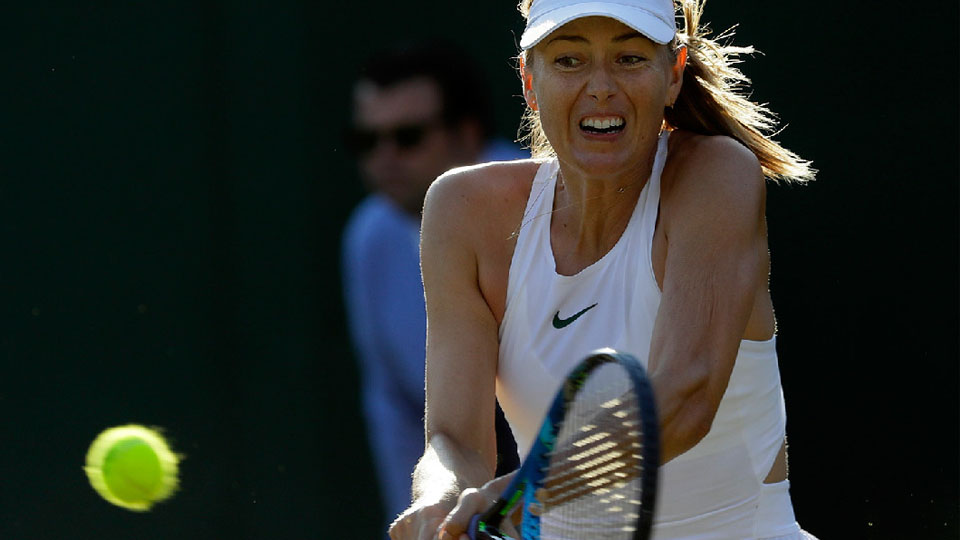 London: Maria Sharapova suffered her first opening round Wimbledon defeat and earliest Grand Slam exit in eight years on Tuesday when she was shocked by fellow Russian Vitalia Diatchenko, the world number 132.

Sharapova, the 2004 champion, was joined at the exit by 2011 and 2014 winner Petra Kvitova who was stunned by Belarusian world number 50 Aliaksandra Sasnovich. However, two-time men’s champion Rafael Nadal and three-time winner Novak Djokovic eased into the second round.

Sharapova was cruising to victory at one stage on Court Two with a set and 5-2 lead before qualifier Diatchenko shrugged off a back injury to win 6-7 (3/7), 7-6 (7/3), 6-4 after more than three hours of tense action.

Eighth seed Kvitova was the bookmakers’ favourite for a third Wimbledon crown after winning five titles in 2018, including the grass-court tournament at Birmingham last weekend, while amassing an WTA Tour-leading 38 match victories. But she slumped to a disappointing 6-4, 4-6, 6-0 loss to Sasnovich.

World number one Nadal breezed into the second round with a 6-3, 6-3, 6-2 win over Israel’s Dudi Sela as the Spaniard returned to action for the first time since claiming his 11th French Open title.

Nadal, the Wimbledon champion in 2008 and 2010, also managed to avoid falling victim to a player ranked outside the world top 100 for what would have been the fifth time in his last six visits to the All England Club. Nadal, the 17-time major winner, has not got past the fourth round since finishing runner-up to Novak Djokovic in 2011.

READ ALSO  'We're the Messi and Ronaldo of Tennis'

Djokovic reached the second round with a 6-3, 6-1, 6-2 win over Tennys Sandgren of the United States.