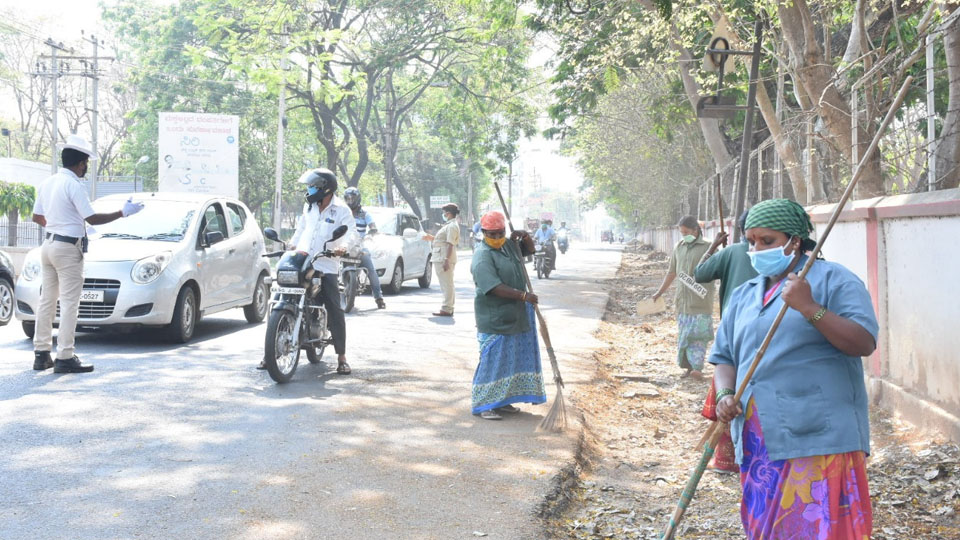 Mysore/Mysuru: Accusing the Mysuru City Corporation (MCC) of bowing to the lobby of Pourakarmika outsourcing contractors, former city Mayor Narayana, who is also the President of  State Pourakarmika Association, alleged that the MCC has failed to directly credit the wages to the Bank account of the Pourakarmikas, despite a clear Government  directive in this regard. Addressing a press meet here yesterday, Narayana said that apart from the Government, the Mysuru Deputy Commissioner too has issued an order in this regard. But still the MCC has been paying wages as per the contract system in violation of the order, he noted.

Maintaining that even months after the DC had instructed for direct credit of Pourakarmika salaries, the MCC authorities had failed in executing the order, he alleged that the MCC Council is yet to discuss the issue and is adopting delaying tactics to dodge the order.

Asserting that several representations to the MCC authorities in this regard have fallen on deaf ears, he warned that the Pourakarmikas will  stage a symbolic demonstration in front of the main MCC office tomorrow (Aug. 26) and will abstain from work in the later days if the MCC Council does not pass an early  resolution on direct credit of wages.

He further demanded the MCC to drop the Roster System in Pourakarmika appointments and to pay compensation of Rs.30 lakh in case of death of Pourakarmika on COVID-19 duty. He also demanded bringing Pourakarmikas, who are also among the frontline warriors in the battle against the deadly COVID-19 pandemic, under Jyothi Sanjeevini Health Card scheme.