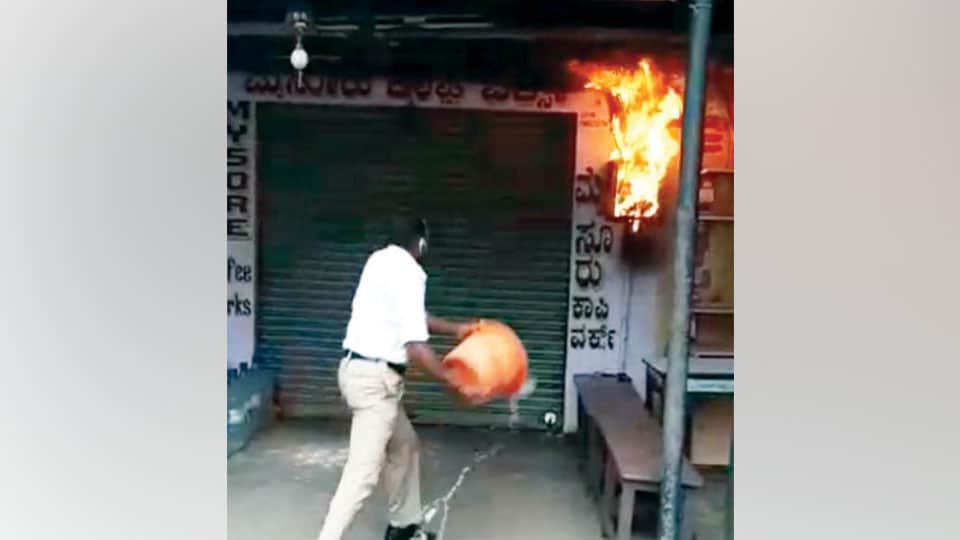 The three Police personnel attached to Devaraja Traffic Police Station identified as Head Constable Shivanna, Constables Shashikanth and Sugu, who were on duty near Devaraja Market noticed fire caused by short circuit at the electric box of Mysuru Coffee Works at Duplin Complex and immediately called the Fire Station and reported about the fire.

But by the time the fire tender arrived, the Police personnel, using their presence of mind, carried buckets of water and doused the fire, preventing it from spreading further, thus averting a major fire mishap.